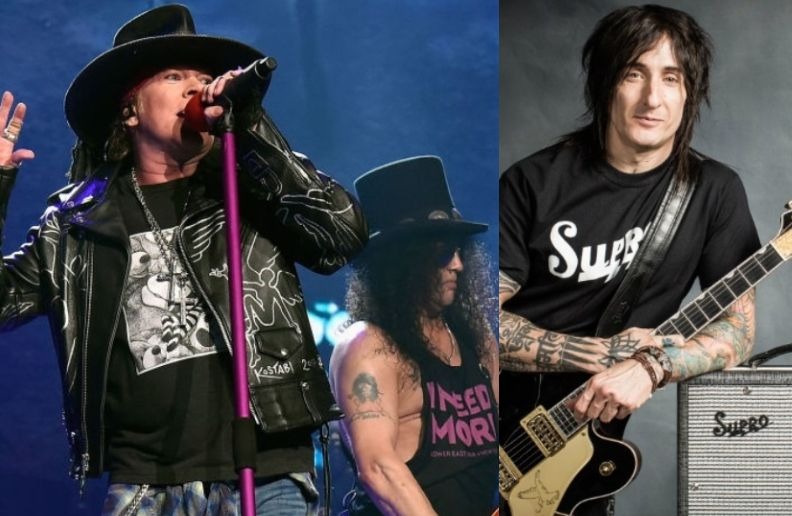 Richard Fortus was on KSHE95 radio talking about Guns N ‘Roses and he revealed that the band has no plans to tour again until they release a new album, and he stated that it will happen faster than we think.

“The tour is done. Three years, done… We are going to try to do another record and get it out soon. We’re hoping to get one out very soon.

“It will happen faster than you think. How could it not be good? The band’s so great right now.”

“It could definitely happen.”

Do you already have the stuff?

Will you record the new album in California?

“Slash is busy. We’re not going to do any more dates for a little bit. It depends on whether or not we have a new record out. If we have something out, we can tour. I think Axl has got a lot to write about.”

The first concert was made in April, 2016 and the band went on tour in six continents with 159 live shows. They made more than $480 million, making it the fourth-highest-grossing concert tour of all time.