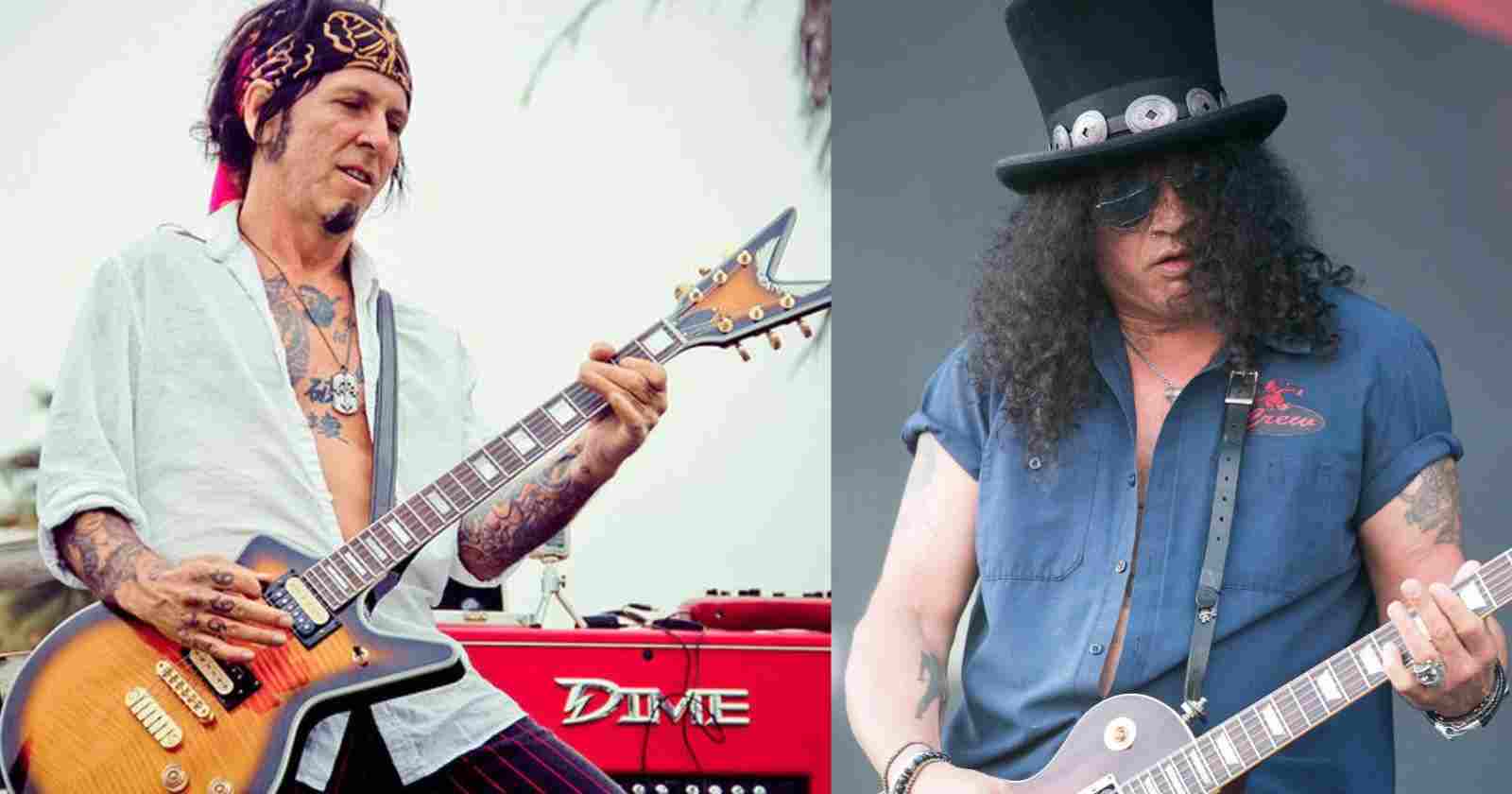 L.A Guns guitarst Tracii Guns (Also Guns N’ Roses co-founder) recalled in an interview with The Captain going to school with Slash. The musician also talked about Mötley Crüe and W.A.S.P inspiring him.

“Slash and I went to elementary school, and junior high school, and high school together. Our parents were very pseudo-hippie-rock-n-roller kind of people. So we kind of grew up with the sense that the only thing that we were gonna do was be involved in music somehow. There was nothing cooler; if you were somewhat of a studious kid at the time, it wasn’t encouraged by your parents. It was like, ‘No, man. Grow your hair out, play the ukulele – anything – and then you’ll be accepted by your family,’ that kind of thing.”

“My uncle Ron, he’s the one that really started showing me how to play guitar when I was six years old. He had hair past his ass, and he went on to become a mechanical engineer at the same company for 30 years. I grew up right next to the Hollywood sign. I went to Fairfax High School which was actually kind of described as the snottier version of Hollywood High School.”

“Hollywood High School kind of sprung The Beach Boys and love, and of course a lot of other things. But Fairfax High School was kind of, ‘We’re really fucking cool’ kind of thing. And if you didn’t go to Fairfax, you were a poser. I kind of struggled at Fairfax, ‘I’m not a poser but I don’t want to be like that. I just want to play and I want to be Randy Rhoads and Jimmy Page, that was always my thing.'”

“I still want to be Randy Rhoads and Jimmy Page- one thing that’s never changed. But starting really in high school, I saw Motley Crue at their first gig in Hollywood and it changed my life. I was like, ‘Whoa, what is that?!’ Because everybody’s by now so desensitized to these sorts of loud heavy metal bands with leather…”

“But at the time the Motley Crue came out, there was W.A.S.P., and it kind of came out of the L.A. punk-rock scene at that time. Because punk-rock really survived until about 1980-1981 in L.A., and we were really into it. We had The Germs. So we’re punk-rock and we all dressed the part.”

“So in about a year’s time, I went from having spiky black hair to having Johnny Thunder long black hair because of Nikki Sixx. When W.A.S.P. and Motley Crue started playing the Troubadour and the Whiskey, everything changed. And there were other bands, Ratt was around and stuff like that, so it was healthy, but it wasn’t quite as fun yet.”

“You had bands like Poison and stuff like that, which was just before L.A. Guns and Guns N’ Roses, and that stuff, it started getting really fun. We always had a really cool alternative scene in L.A. like Jane’sAaddiction at the time, Red Hot Chili Peppers, and stuff like that, but we all grew up together.”

“Slash and I wanted to be in bands that were like Led Zeppelin, Aerosmith, and Sabbath, and then we had all these other friends that were really into The Cure and into stuff like that. So we all kind of just hung together and had all these weird influences.”

“And by the time Motley Crue exited the club scene in L.A., we just kind of stepped right in, and with some foresight. It was like, ‘Hey, Motley Crue and Van Halen had such a big impact on the L.A. scene, how can we not copy those things exactly but take the next leap? What’s the next leap?'”

“I think the conscious and unconscious decision was, ‘How can we make it more musical but still keep it gnarly? How can we not sound like Dokken but still be metal in 1983-1984?’ And it was easy – listen to Hanoi Rocks, and New York Dolls, and early Aerosmith.”

“We all loved that music, so we were able to kind of put W.A.S.P. and the New York Dolls together in Aerosmith. But I will say we had musicality, “we had musicianship, the music was more important than the image. But we were never going to get rid of the image. Because we knew that especially until ’88, the image was everything. It was great, man! You could go to the Rainbow and just stare at people until they closed. It was wicked, it was so cool.”