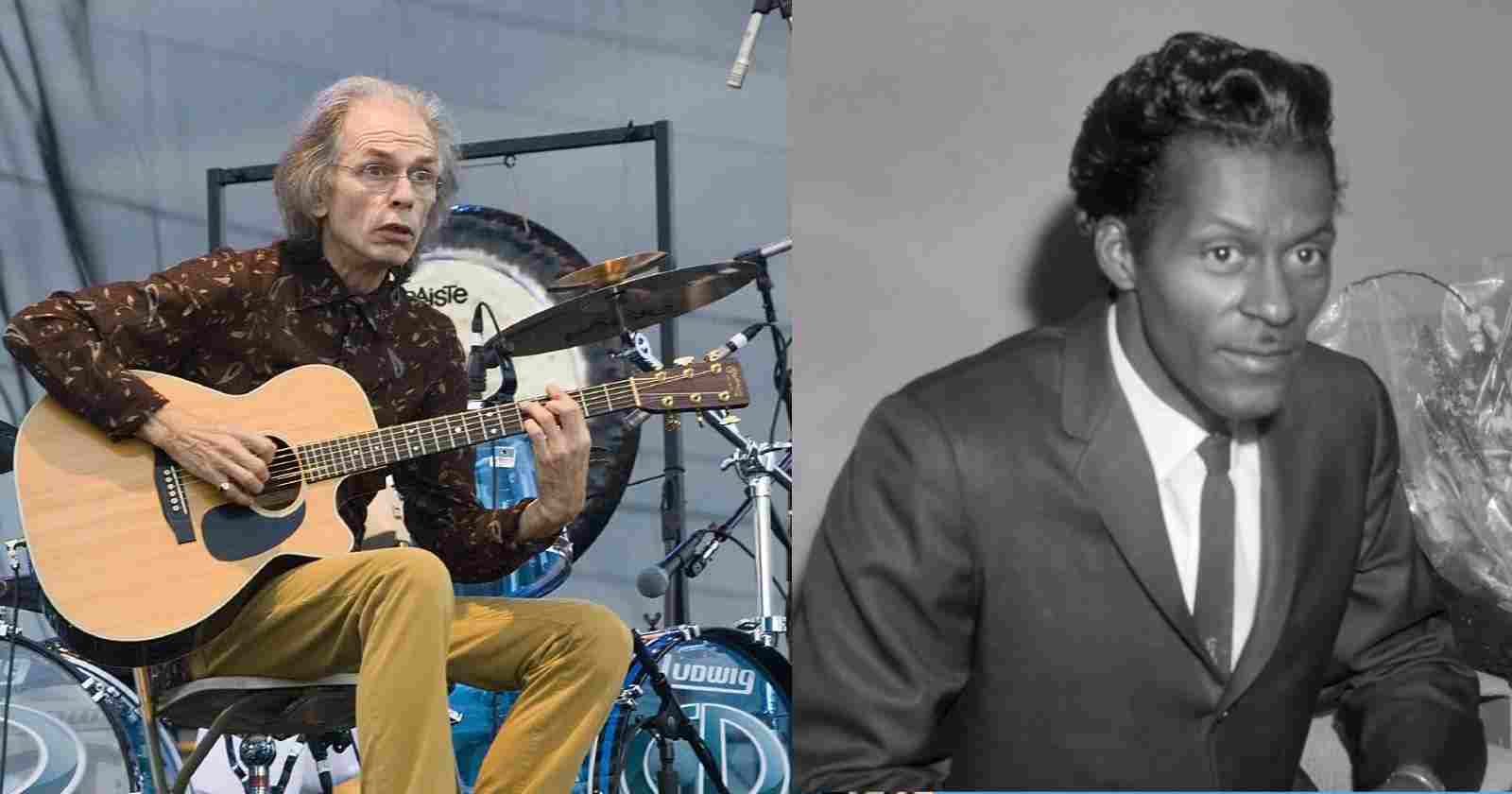 YES guitarist Steve Howe recalled in an interview with BBC Radio when he met Chuck Berry back in 1969 when Bodast, the band he was part opened for Berry and where his backup band for that show at the Royal Albert Hall in London.

“So all those things just left it – there were no cracks to fill with chuck berry. He was a one-man star in himself. ‘Maybelline’ was my first record release with The Syndicats. Therefore I’ve always had a slight attachment to that particular song.”

“Jumping forward to 1969, the group I was in at the time – a rather unsuccessful band called Bodast – actually backed Chuck Berry at the Royal Albert Hall [in London, UK]. We did our own spot and then we backed him.”

“But the only trouble was when he came to the rehearsal, he pointed at me and said, ‘I don’t need you.’ And so I thought, ‘Oh, thanks…’ But to make up for that – because I felt I really missed out – in the interval, I took my guitar to him, [emulates knocking on door] ‘Chuck, can I come in?'”

“He says, ‘Come in.’ So I go in and I said, ‘Do you like my guitar?’ [Chuckles] ‘Chuck, would you play my guitar?’ Now, this guitar I won’t let anybody play, but I gave it to Chuck and he sat there and I can still see him in my mind.”

“I can see him playing my guitar, and he goes, ‘This is really good!’ Because – the way I had the action and the way I had the strings’ gauge, it was really – and still is today this, I still have the same guitar – it felt terrific. But also, Chuck had a very special place in my education or my knowledge of music at the time. I’m honored to say chuck berries played my guitar.”