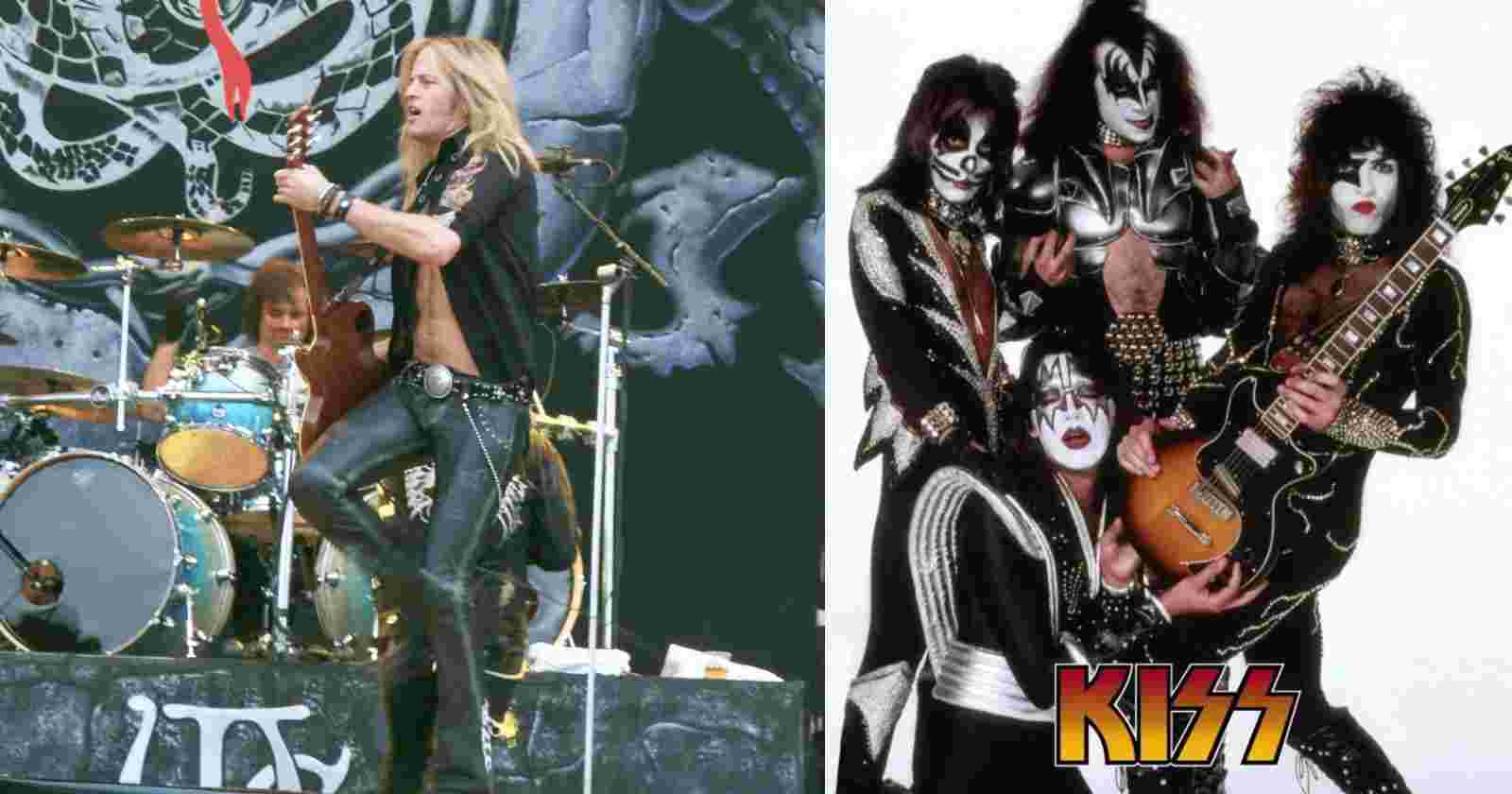 Ex-Whitesnake and Dio guitarist Doug Aldrich (Now with Dead Daises) recalled in an interview with Rock Talk With Mitch Lafon the audition to replace Ace Frehley on Kiss when he was only 18, also talking about how the band treat him.

“Well, it turned out fine. It worked out for the best because they got Vinnie Vincent. He was great, he wrote some great tunes with them. And they had Bob Kulick in the background during that time… I moved to LA I liked KISS but Zeppelin was my band, and I didn’t think much of it.”

Well, I got to tell you that Ace Frehley is just playing Jimmy Page’s licks.

“That’s kind of true. But at the time, they wanted more of a fiery kind of guitar style, I think it was kind of coming into that.”

Was that because of Eddie Van Halen? Do you think Eddie Van Halen changed that whole scene and made people realize – shit, we need to play faster! I think it was also Randy Rhoads in the early ’80s.

“That’s it! Randy and Eddie, these guys lit it up, man. They were tearing terrorizing other guitar players with their new styles. And I think a little bit of that what was going on. But I moved out, I was 18, I moved to California, I formed a band, we were kind of part-cover, part-original, and we were starting to write.”

“Eric Carr came to a gig and asked me to come down and meet the guys, and so I did. And it was bizarre; at first I didn’t really know if that was really Eric Carr because of the hair – he had the hair, that big hair.”

“So then when he invited me to the Record Plant to meet Gene and Paul. I went down and I felt guilty looking at these guys in their face because you’re not supposed to see KISS without their masks or the makeup, they’re always covering with sunglasses.”

“They basically were super-nice to me. I played across a couple of their tracks from ‘Creatures of the Night,’ and long story short, Gene wrote down some songs with this number and asked me to learn these songs. Could I have them ready by Monday to come to have a jam.”

“And so we did, we played, and it was incredible. It was my first time playing through multiple Marshall stacks. I’m just sitting back there feeling the power of a wall of Marshalls just tearing my head off.”

“Paul’s in front of me, and Gene is over there, and it was really wild for a kid. I thought, ‘That’s it, it’s what you do – you move to LA and you join a big rock band.’ It went pretty good. And then the next time, they called me about a week later and asked to come back again, and I started to get a little nervous at this point.”

Did you want to join KISS?

“At that point – hell yeah! I was like, ‘This is what I’m supposed to do.’ And I thought I didn’t have a plan on it, but I’m gonna roll with it. But I was just a baby and these guys were world superstars. The one thing we could do was we could play music together but we couldn’t have a normal conversation because I had no experience.”

“I had no life skills at all, I didn’t even know about keeping a bank account open – my bank account was done, I lost my phone after three months of not paying a bill. I never paid a bill before, I didn’t know.”

“So when they called me to come down to the Record Plant, they had to call the music store where I was working at – and I didn’t have a phone. And then, the second audition, my car broke down – I didn’t have a car, so my buddy drove me.”

“In the end, Eric was really nice, he called me and said, ‘Listen, we think you’re a great, great guy…’ – he didn’t say ‘kid,’ but that’s probably what he was thinking. And he said, ‘Keep doing what you’re doing. You’re really good. But we need someone with more experience.’ So, anybody that wants to know – it doesn’t matter how good you are, you really have to be able to hang.”

“If you’re going to get a gig, whether it’s a job, in any situation where you’re working closely with people, you have to be comfortable with each other and you’ve got to be able to be yourself.”

“It turned out great, though, because they got a tremendous guitar player, songwriter in Vinnie Vincent. Short-lived, I wish he would have hung in there a little more or whatever happened – I don’t know. I then realized how great KISS was. I didn’t realize, my sister had a record player and she had the [classic KISS live album] ‘Alive!’ thing.”

“And I had some costly headphones, and I listened to that and went, ‘Wow, that’s what a concert sounds like! Holy shit!’ It sounded great. But I didn’t recognize until a lot later how killer their songwriting was – brilliant!” Doug Aldrich said.