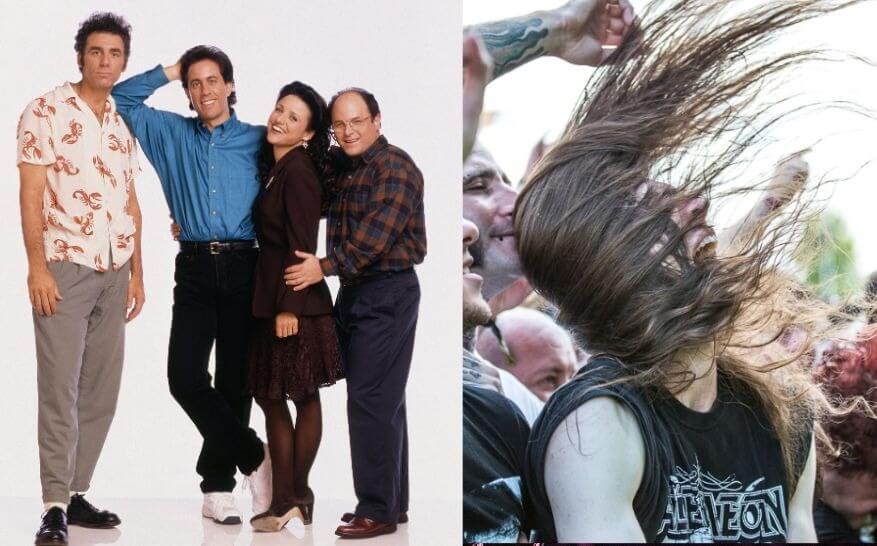 Believe it or not, but there’s a death metal / grindcore band entirely based on the Seinfeld series. Grindfeld is composed by Joel Moore (guitar and bass), Jared Klein (drums) and Monte Barnard (vocals), and launches next Friday (23) his first EP, 5 Songs About Nothing.

The songs take the names of episodes of the series, like “The Soup Nazi”, “The Bizarro Jerry” and more. You can already hear “The Contest” and “The Limousine” at the end of the publication.

In a press release, the group says:

After what seems to be a lifetime of watching over and falling asleep to the same trail of laughter every time, former members and current Wretched, Alterbeast, The Kennedy Veil and Rivers of Nihil decided there was more to this simple program ‘about nothing ‘. Born from a mutual love of death metal, comedic remarks, coffee and hardcore, Grindfeld is a project built on existential fear hidden only beneath the surface of everyday life. Our music is not for fans of: Kenny Bania, Nazis.

The EP is already pre-sold at Grindfeld’s Bandcamp, and you can buy it by clicking here. Check out the list of songs from 5 Songs About Nothing and listen to the songs already released.