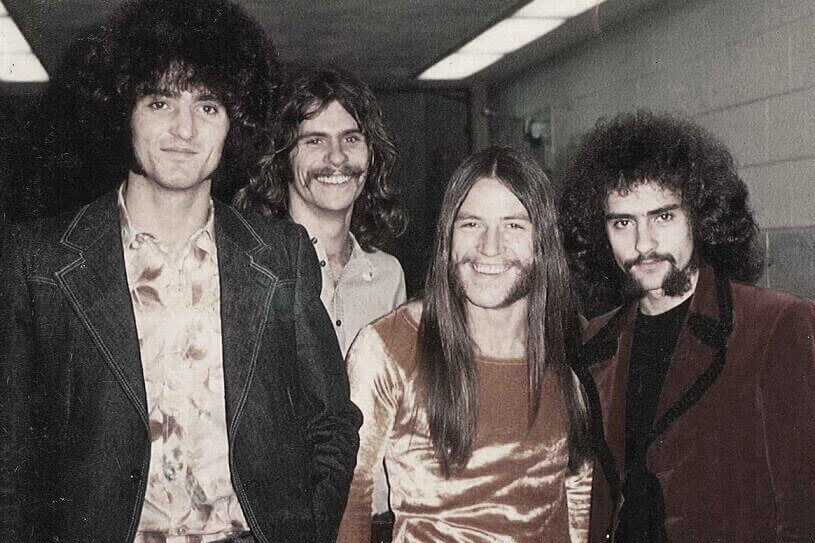 The classic “Inside Looking Out”, is a 1966 single by the Animals. It was a substantial hit, reaching number 12 on the UK Singles Chart, number 21 in Canada, and number 34 in the United States on the U.S. pop singles chart. The song is very loosely based on a prison work chant entitled “Rosie,” attributed to C. B. and Axe Gang, that was collected by musicologist Alan Lomax and released in his album Popular Songbook.

In 1969 it was covered by Grand Funk Railroad, who on their album Grand Funk added some marijuana references to the lyrics such as changing the original’s “rebirth” to “reefer” and “canvas bags” to “nickel bags” (“burlap bags” in later reissues). It was a concert staple of the band for years and is included on their Live Album.

A reworking of portions of the song was also recorded by the Austrian band Novak’s Kapelle in 1969 as “Hypodermic Needle”. It was later covered by doom metal band the Obsessed, released on their 1999 compilation album, Incarnate and again by the Greenhornes on their 2001 self-titled second album. In 2001, Eric Burdon released a live cover on Official Live Bootleg 2000.

Other covers included by Gerry Joe Weise, Shot on Site, the Mops, and the Rationals. Grand Funk’s version is sampled in the songs “Sound of da Police” by KRS-One and “High 5 (Rock the Catskills)” by Beck. Canadian guitarist Pat Travers also covered the song in 2003 on his album Power Trio.