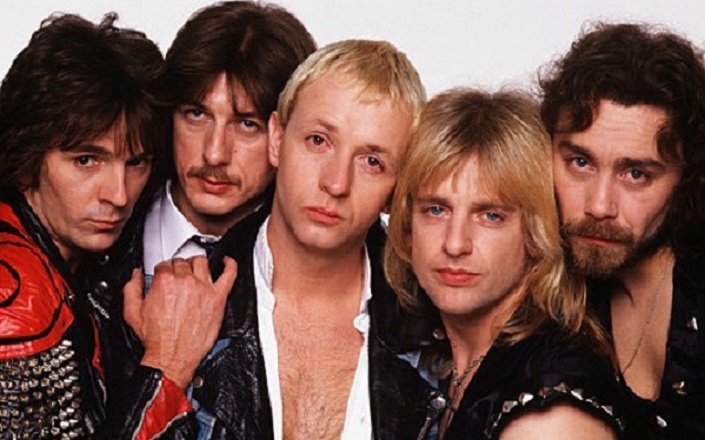 The song “Bloodstone” is from Judas Priest’s eighth studio album Screaming for Vengeance. The album, considered the band’s commercial breakthrough, sold in excess of 5 million units worldwide and has been certified double platinum in the United States of America as well as platinum in Canada. The album includes the hit single “You’ve Got Another Thing Comin'”, which became one of the band’s signature songs and a perennial radio favourite.

Screaming for Vengeance was recorded at Ibiza Sound Studios, Ibiza, Spain (during this period, it was commonplace for UK-based musicians to record in continental Europe for tax purposes) mixing and overdubs were done at Beejay Recording Studios and Bayshore Recording Studios in Coconut Grove, Florida. Stylistically, Screaming for Vengeance showcased a harder, heavier sound than British Steel and saw the band quickly reverse direction back into straight heavy rock after the melodically styled direction of Point of Entry.

The album also marks the first time a Priest drummer played on more than 2 Judas Priest albums, with Dave Holland having also played on British Steel and Point of Entry.

The album’s most commercially successful track, the single “You’ve Got Another Thing Comin'”, was a last-minute addition. According to guitarist K. K. Downing, “We were quite happy with the album, but decided late on that we could add one more song. I know we had some of the parts, but we set about completing “Another Thing Comin'” during the mixing sessions at Bee Jay studios.

It came together quite quickly, and I seem to remember that we all had a good feeling about it, as it did sound like a good driving song and possibly a good radio track.” Rob Halford expressed surprise at the song’s success, saying “that track was buried. Normally the tracks you think are going to do stuff are at the front end of the release. But our friends at Sony said, ‘We’re going to go for this song.’ And we didn’t really know what was going on. But then the feedback was coming over: ‘Hey, the record’s buzzing in this town and that town,’ and it just took off.”