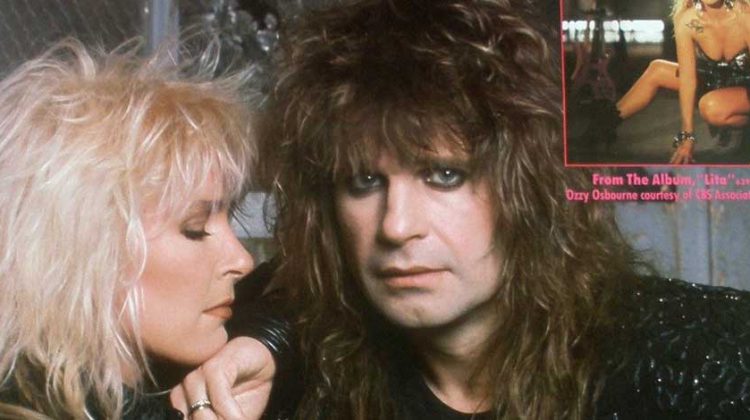 The song was written by Ford and Osbourne as the result of an accident in the studio during which they both drank heavily and inadvertently wrote the lyrics to the song together. This song is Ford’s highest charting single, peaking at number eight on the U.S. Billboard Hot 100 chart in 1989 and also peaked at number twenty five on the U.S. Billboard Album Rock Tracks chart. This song is also Osbourne’s highest charting single of his solo career. It was one of four singles from the album, Lita.

Ford recorded this as a duet with Ozzy Osbourne, and the pair wrote the song together. Ford was once engaged to Tony Iommi, who played guitar with Osbourne in Black Sabbath. Ford, along with Joan Jett, was in the all-girl teenaged rock group The Runaways from 1975-1979.

Her time with the band honed her skills as a songwriter, guitarist and performer. The song came about by accident during a night of drinking and getting stoned when Lita was being managed by Ozzy’s wife, Sharon. She recalled to Metal Underground: “Close My Eyes Forever was a mistake.

It was just me and Ozzy and Sharon hanging about in the recording studio. They showed up one day and had a housewarming present for me: a life-size duplicate of Koko the gorilla from the San Diego Zoo. It was freaking huge – I had to strap it in the front seat of my jeep to get it home. Ozzy stayed, Sharon got bored and left, and me and Ozzy had a couple of drinks and we were jamming. We started singing, messing about and we wrote ‘Close My Eyes Forever.’

Next thing I knew the sun was coming up. I looked at him and went, ‘Uh-oh, we’re in trouble.’ Sharon had been waiting all night. We were a long way from where Ozzy had to go. He said, ‘Can you drive me home?’ I said, ‘No, I can’t.’ We were stoned out of our minds. He got into a cab and I strapped Koko into my jeep and drove home – just barely made it. And then we had this hit song.”

Slash says it was good to get back in touch with Axl Rose
Slash reveals the first song he learned to play, his favorite album and more
Advertisement
To Top