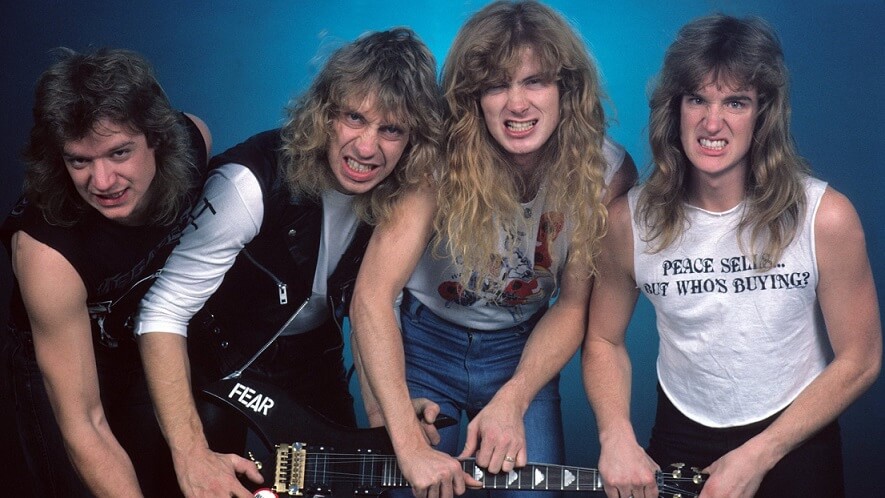 Dave Mustaine originally wrote for Metallica the track “Mechanix”, that is on the album “Killing Is My Business… and Business Is Good!” It is the debut studio album by Megadeth, released on June 12, 1985 by Combat Records. At the beginning of 1985, the band was given $8,000 by Combat to record and produce its debut album. After spending half of the album’s budget on drugs, alcohol, and food, however, the band was forced to fire their original producer and produce the album by themselves.

Despite the resulting poor production, the album was a well-received effort that obtained strong reviews in various music publications. Killing Is My Business… and Business Is Good! played an essential role in establishing thrash metal as an authentic subgenre of heavy metal music. It explores themes of death, occultism, and violence.

Mustaine later recalled: “After getting fired from Metallica, all I remember is that I wanted blood. Theirs. I wanted to be faster and heavier than them.” Fueled by the desire for revenge, Mustaine elevated the intensity of Megadeth’s music in order to challenge his former band. He sped up existing songs such as “Mechanix”, which Metallica’s new line-up adapted into the slower paced “The Four Horsemen”. Mustaine included his original version of the song on the album to “straighten Metallica up”, as Metallica referred to Mustaine as a drunk, and said that he could not play guitar.