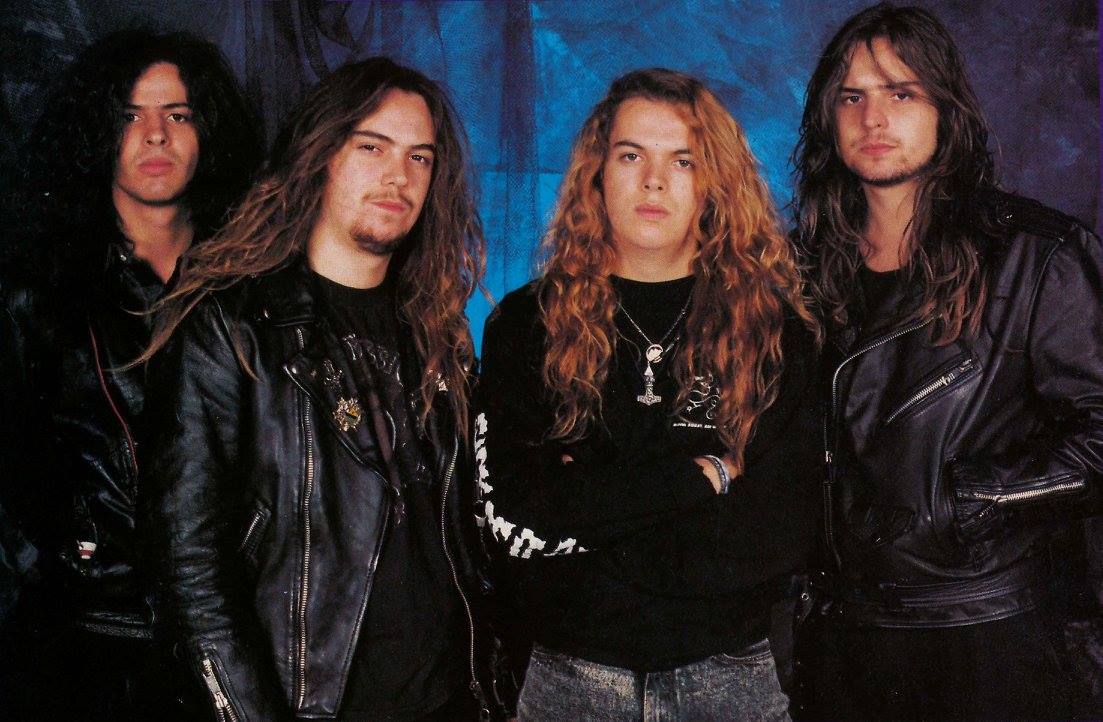 The classic “Troops Of Doom” is from the album “Schizophrenia, the second studio album made by Brazilian thrash metal band Sepultura, released on October 30, 1987 by Cogumelo Records.

It is the first album for the band with Andreas Kisser. The album’s sound leans more towards the death/thrash metal genre than the previous album Morbid Visions, which is stylistically closer to black metal. All songs were recorded during August 1987, except for the bonus track “Troops of Doom” which was recorded during August 26–27, 1990.

In America the band sent radio playlists at the time when they were struggling to book gigs because club owners were afraid to book them due to their style. Roadrunner Records signed them and released Schizophrenia internationally before seeing the band perform in person.

Kisser states that, when he joined Sepultura in ’87, he:

“…brought in some new influences – traditional heavy metal and a more melodic style. It was an immediate meeting of minds. We understood where each other was coming from musically and we knew we could find a way to put all our influences together and make the music work”.