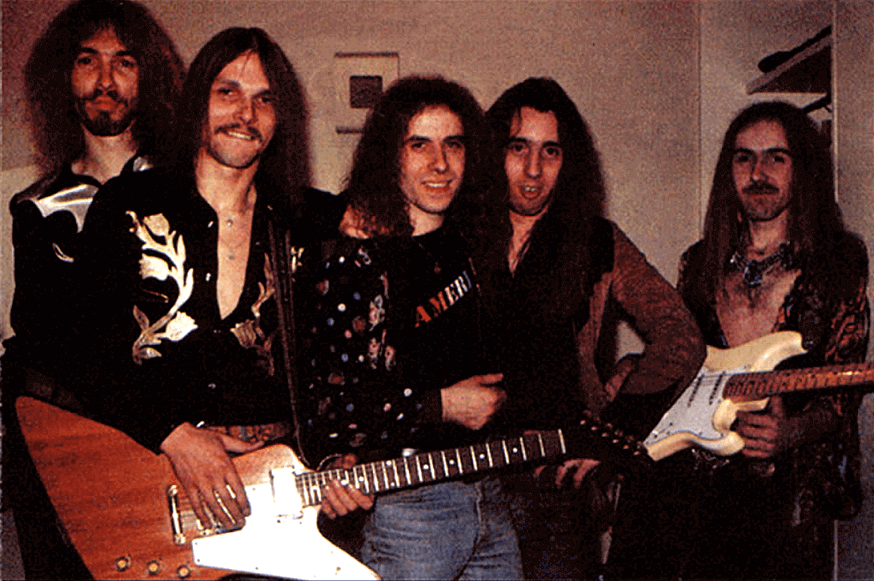 With no doubt “We’ll Burn The Sky” has one of the greatest riffs of all time. The song from “Taken By Force”, the fifth studio album by Scorpions, was released by RCA Records in 1977. This was the first Scorpions album to feature drummer Herman Rarebell and the final studio album to feature guitarist Uli Jon Roth. Roth left the band in 1978 following the end of the album’s tour, and was eventually replaced by Matthias Jabs.

The lyrics to “We’ll Burn the Sky” were initially a poem written by Monika Dannemann, the last girlfriend of Jimi Hendrix, as a tribute to him after he died. Later, she became involved with Scorpions’ guitarist Uli Jon Roth (himself an admirer of Jimi Hendrix) and they worked together on some songs. The music for We’ll Burn the Sky was written by the Scorpions founder and rhythm guitarist Rudolf Schenker.

“We’ll Burn the Sky” by Scorpions 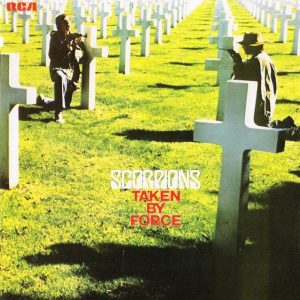 The album cover photo was taken by Michael von Gimbut, returning for his third Scorpions album cover commission. Like their previous two albums, Taken By Force caused controversy with its cover art which again resulted in the artwork being replaced in most markets with an alternative cover using photographs of the band members.

“I think the original idea was children playing with guns at a military cemetery in France and some people found that offensive. I don’t think it’s offensive because I think it was actually a quite a good image because it puts war totally into perspective, very often it is young people, eighteen, ninenteen [sic], going to war that don’t fully understand life”.

“When you’re fifteen you don’t fully understand life, but these guys then have to shoot other people simply because someone tells them to do it for their country. Politicians are sometimes also children with guns, in all periods of time a lot of politicians are far too trigger happy and war too easily becomes an “easy solution”, whereas for me it should never a solution, there should be no war in the first place”.

“Maybe every once in a while a country may need to defend itself, I understand that, but in general if you consider that there are over a hundred wars raging in the present day on this planet alone then it’s just sheer lunacy and always the tool of the Dark Side”.