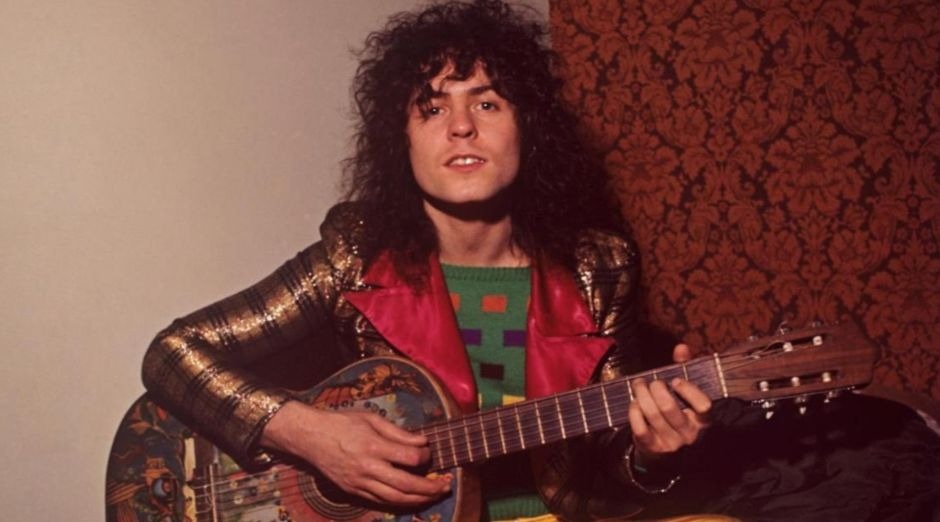 The classic T-Rex song “Monolith” is from the album Electric Warrior, their sixth album if including the group’s earlier incarnation as Tyrannosaurus Rex. The album marked a turning point in the band’s sound, dispensing with the folk-oriented music of the group’s previous albums and pioneering a flamboyant, pop-friendly take on electric rock and roll known as glam rock.

The album reached number 1 on the UK charts and became the best selling album of 1971. The single “Get it On” reached the top ten in the US Billboard Hot 100 singles chart. Retitled “Bang A Gong (Get It On)” by the US record company, it also became the band’s only hit in North America.

Electric Warrior has since received acclaim as a pivotal release of the glam rock movement.

The album is credited as the first glam rock record album, pioneering the development of glam rock.

In 1987, Electric Warrior was ranked number 100 in Rolling Stone magazine’s “100 Greatest Albums of the Last 20 Years” list. In 2003, the album was ranked number 160 by the same magazine in its list of the 500 greatest albums of all time. In 2004, Pitchfork ranked Electric Warrior as the 20th best album of the 1970s. The album was also included in the book 1001 Albums You Must Hear Before You Die.