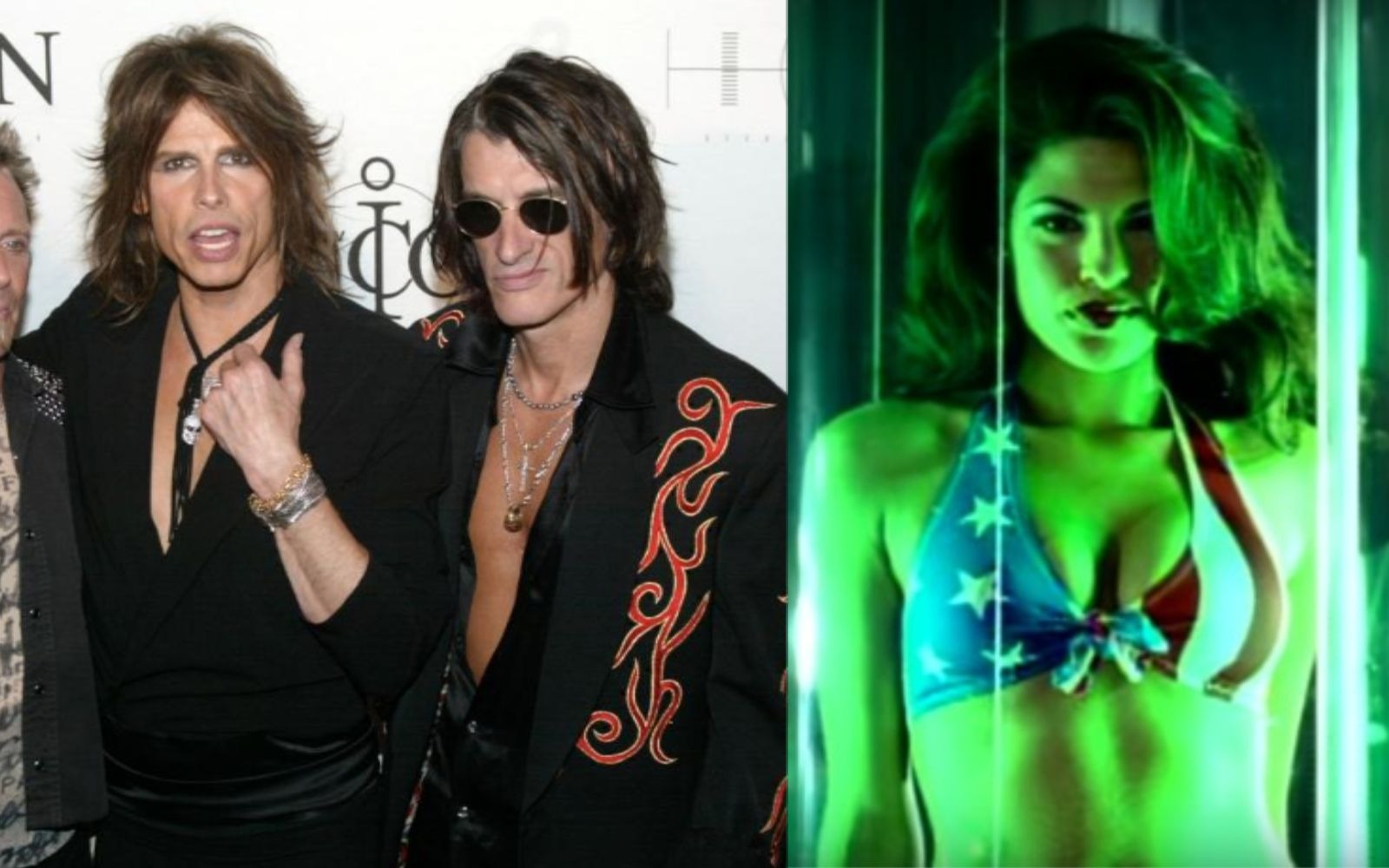 The classic “Hole in My Soul” is one of Aerosmith’s many power ballads from the 80s and 90s. It was written by Steven Tyler, Joe Perry, and professional songwriter and longtime Aerosmith collaborator Desmond Child. It was released as the second major single from Nine Lives in 1997.

The song is a ballad, one of Aerosmith’s more emotional ones. It is also lengthy, running just over six minutes. The lyrics focus on a heartbroken man who feels very sad and emotionally damaged (“I got dust for tears and I’m all tapped out”) by a failed relationship (“tell me how it feels to be the one who turns the knife inside of me”) and feels that there is a void in his life that cannot be filled (“there’s a hole in my soul that’s been killing me forever”).

Directed by Andy Morahan, the video featured a nerdy high school student (played by Branden Williams), often picked on, who is unsuccessful in finding the right girl. He uses his scientific genius to build a cloning machine and creates a beautiful girl (played by Eva Mendes), but she meets someone else at a party.

He creates another who he also loses to a football player (played by Seann William Scott). A classmate (played by Alexandra Holden) discovers his machine and stops him from creating another girl for himself, and he realizes the girl for him had been there all along.