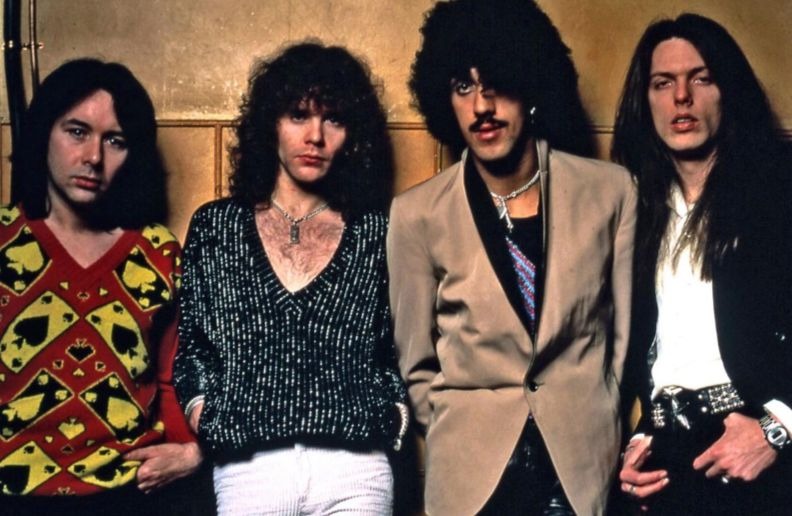 “Chinatown” on Thin Lizzy’s album of the same, the album is the tenth studio album by Irish band Thin Lizzy, released in 1980. It introduced guitarist Snowy White who would also perform on the next album as well as tour with Thin Lizzy between 1980 and 1982; he replaced Gary Moore as permanent guitarist.

Greg Prato of AllMusic described Chinatown as a “letdown” compared to the previous album Black Rose: A Rock Legend, blaming the absence of Gary Moore and producer Tony Visconti, and the drug problems experienced by Phil Lynott and Scott Gorham.

Prato praised side one as containing the best material, including the “anthemic” “We Will Be Strong”, and the “pop perfection” of “Sweetheart”. However, he described side two as “comprised almost entirely of bland filler”, although he believed that Chinatown was “not their worst album”.

Canadian journalist Martin Popoff wrote that “although comprising some spirited tunes, (…) lyrically and thematically the songs seem forced and all too topical” and “the overall level of quality below Lizzy’s soulful standards”, with Snowy White “more a studied session man” than a new band member.