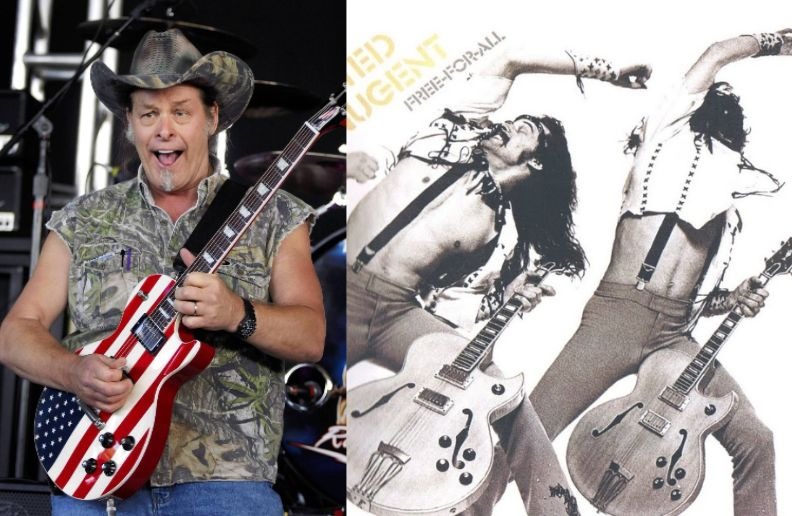 Free-For-All is on the second studio album by American hard rock musician Ted Nugent. The album of the same name was released in October 1976, by Epic Records. It was his first album to go platinum.

As the recording of Free-For-All commenced, rhythm guitarist and lead vocalist Derek St. Holmes left the band, citing growing personal and creative conflicts with Nugent. Two solid years of living together on the road had taken its toll on the relationship.[7] Additionally, St. Holmes was unhappy with Tom Werman’s production, saying that the producer was watering down the band’s sound.

A full year before Bat Out of Hell brought him international success, vocalist Meat Loaf was brought in by producer Werman to sing on the album. Meat Loaf was paid the sum of $1000 for his contributions to the album, which included crafting all of the vocal arrangements and two days of recording sessions.

He says that after he agreed to do the album he was sent a lyric sheet containing just the words with no arrangements. Having no idea what the songs were going to sound like, he nonetheless created the vocal arrangements for every song.

St. Holmes returned to the group after Free For All’s release, performing on the subsequent tour. Band management asked him to return at the request of Epic Records.