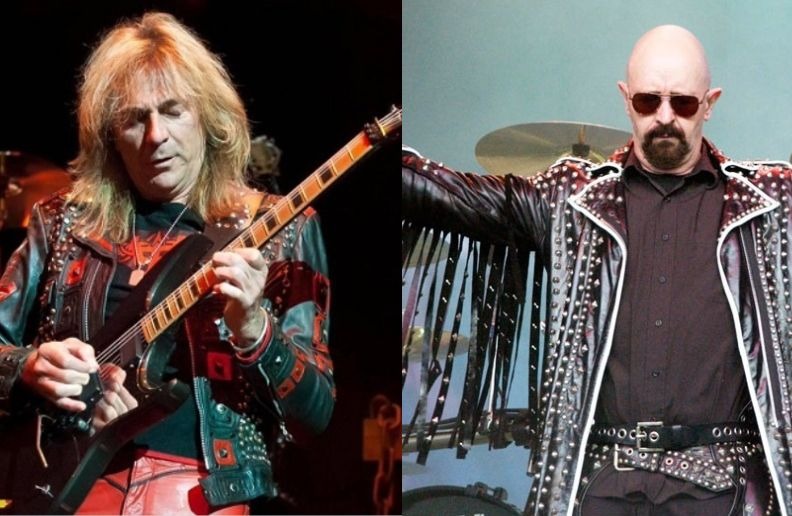 During a conversation with Metal Hammer, the members of Judas Priest discussed the creation of their staple hit “Living After Midnight” off 1980’s “British Steel.”

In an interview with Metal Hammer, legendary Judas Priest guitarist Glenn Tipton revealed how the band wrote the classic “Living After Midnight” that to this day is the song that Judas usually finishes their concerts.

“We had gone into Tittenhurst Park, the home of Ringo Starr, who had bought it from John Lennon, after a previous attempt at another studio, and with only half of its songs written. Until that point, we’d never worked that way before.

“I’ll always recall that 1980 was a great summer, and being in such an inspirational surrounding definitely rubbed off on us. What came out was a set of very simple yet effective songs that, I’d like to think, helped to shape what else was going on [in heavy rock music] at the time.

“One night while we were there, John Lennon was on the TV playing ‘Imagine,’ and of course it was very weird to be in the actual room where he’d been filmed. You could almost visualize the white piano in the corner.”

Glenn then remembered how singer Rob Halford came down the stairs one night because he couldn’t sleep due to his bandmates blasting riffs. He said:

“He came downstairs to complain and said, ‘Hey, guys, come on. It’s gone midnight.’ Which shouldn’t really have bothered such a metal icon as Rob. [Laughs]”

“It was 4 AM and we’d been working all day. But when I said what I did, the guys went, ‘That’s a brilliant title. Write it down.'”

“Rob’s comment proved to be a spark for a very important song for us. It was one of those lucky spontaneous things that sometimes just happens.”

Talking about how the tune starts with a drum intro and then goes straight to the chorus, Tipton said:

“I really don’t know why it turned out like that. Sometimes the simplest ideas just work out the best. Maybe that was in the back of our minds.”

“There’s a lot to be said for the very famous phrase that goes: ‘Don’t bore us, get to the chorus.’ In this instance we took it pretty literally.”