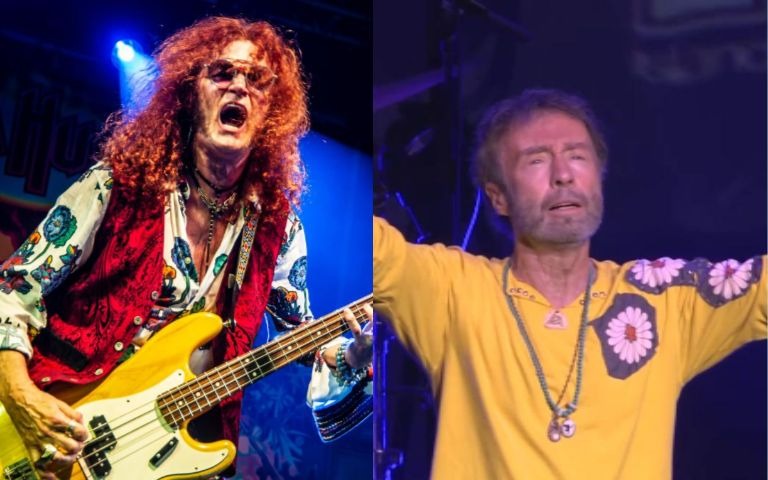 “They were asking me for a year, kind of flirting with me. They were playing in those days at Madison Square Garden… I saw them play, and it was incredible. They were on fire”.

“The next day, I’m sitting with Jon Lord, Ian Paice and Ritchie Blackmore. There’s no Ian Gillan; there’s no Roger Glover. I didn’t know what was going on, and their lawyer and two managers, after about half an hour, said, ‘We’d like you to join the band.’ I said, ‘Me?’ I said, ‘Great.'”

He also said that was surprised that the band only picked him to replace Roger Glover on Bass:

“The next second thought was, ‘What? Surely you’d like me to sing also.’ They wanted somebody to play bass who could sing, and a new [member] who didn’t sound and look like Gillan…

“The band announced to me that the singer they were going to ask and wanted was Paul Rodgers, my dear friend. The second they said Paul Rodgers, a little voice said to me, ‘Imagine him and I singing some songs together. Okay, I think I’ll join.’

“Of course, three days later, when the word went out that I’d joined the band, Paul had started Bad Company, so what was I to do?”

Glenn then remembered how, as the search for a new singer continued, David Coverdale’s demo tape stood out:

“David came down with a bottle of Bell’s whiskey to play with us. He was a little bit legless, and we started to jam with him. Then, Ritchie, Jon, and Ian went for lunch, and I said to David, ‘Why don’t we stay here? We’ll go to the piano, we’ll do something quiet – we’ll see how our voices mend together.’

“The great and glorious thing about that was his voice was deeper and wider, and mine was bright and, you know, the Glenn thing. What most people don’t realize is we had the same vibrato – the same exact vibrato, to the point of injury.

“When they came back, we played them what we had come up with, and that was a big part of him getting the gig. … He deserved it.”

“We did ask Paul if he wanted the job, but he was just starting up with Bad Company at the time, so that idea didn’t last very long.”

Zakk Wylde reveals what Ozzy told him when they first met
The tragic death of Layne Staley, Alice In Chains singer
Advertisement
To Top