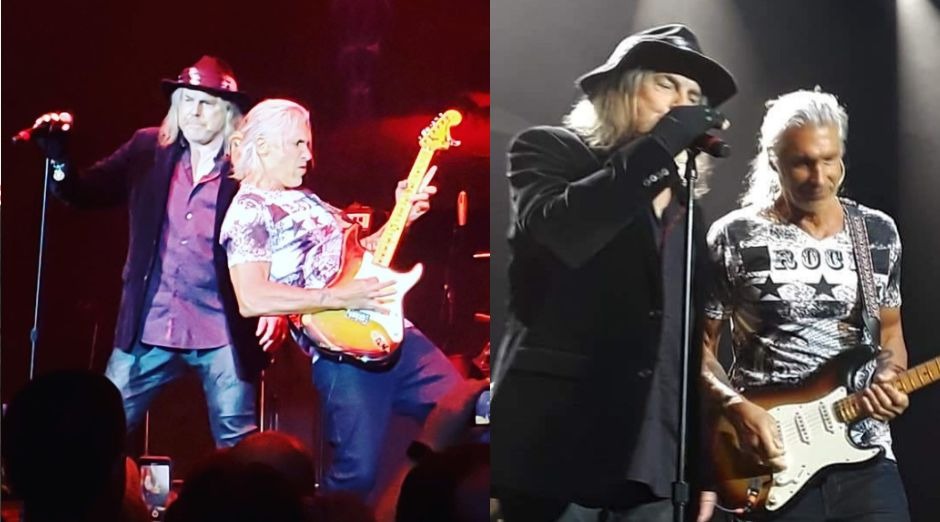 Don Dokken and the ex-Dokken guitarist George Lynch reunited on stage and played three songs together on the of the band’s concert in Biloxi, Mississipi in March 6.

Lynch is the opening act of Dokken concerts for this tour. They played “Kiss of Death,” “When Heaven Comes Down” and “Tooth and Nail”.

About Lynch appearance and his hands problems, Dokken said:

““I’m sure you all know from the internet that I had a bit of a problem, I had surgery. I woke up and I fucking couldn’t walk. I was paralyzed, and that’s the way it fucking goes.” Explaining that doctors had warned him about permanent paralysis, he said he’d replied “Fuck you, I’m gonna go back on tour, I’m gonna fucking sing.” He continued: “George called me and he said, ‘Are you alright?’ ‘Mmm, I’m hangin’ in there.’ So, here we are.”