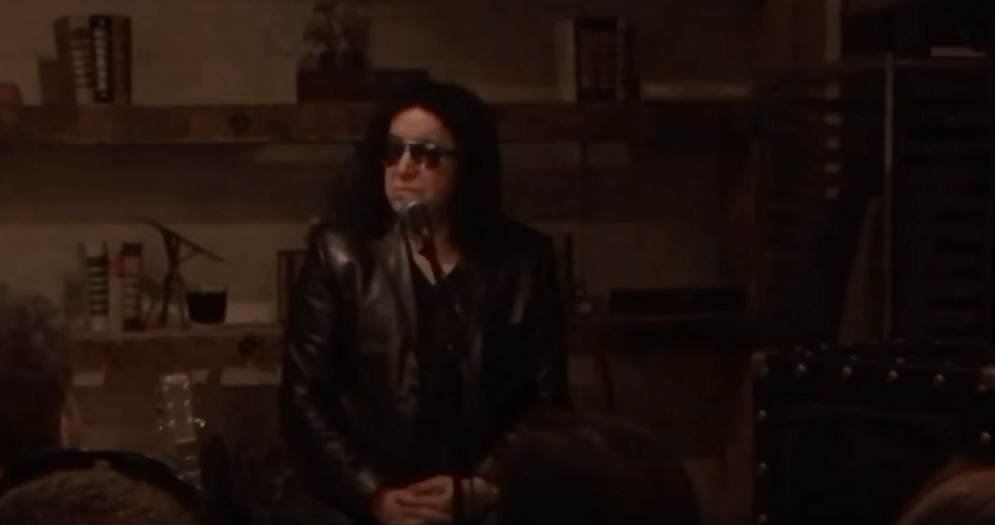 In another of his “vault experience” private shows, that he delivers in the buyers home his boxset and makes a small concert, Gene Simmons talked about the rumor about KISS end. After the name “End Of The Road” was registred.

“I don’t really nothing to do with that, i don’t know if was a fan who did that, or something of the band, i’m telling the truth. I don’t know nothing about it”

From time to time, rumors of retirement revolve around Kiss. The last most serious call was with the “Farewell Tour”, held between 2000 and 2001, but that did not end with the group hanging the makeup. 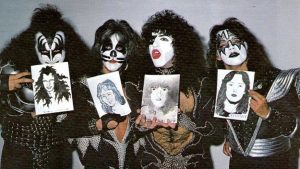 A patent application reinstated the subject in the quartet cycle led by Paul Stanley (The Starchild) and Gene Simmons (The Demon). According to the site Blabbermouth, Kiss wants to patent the term “The End of the Road”. The request was registered by the Kiss Catalog, which controls the band’s business, at the United States Patent and Trademark Office.

If approved, the phrase may be used for “live performances by a musical band”. This obviously suggests a farewell tour … Or a last album of unpublished + a final excursion … We can not forget that everything is possible in the universe governed by the duo The Starchild and The Demon.