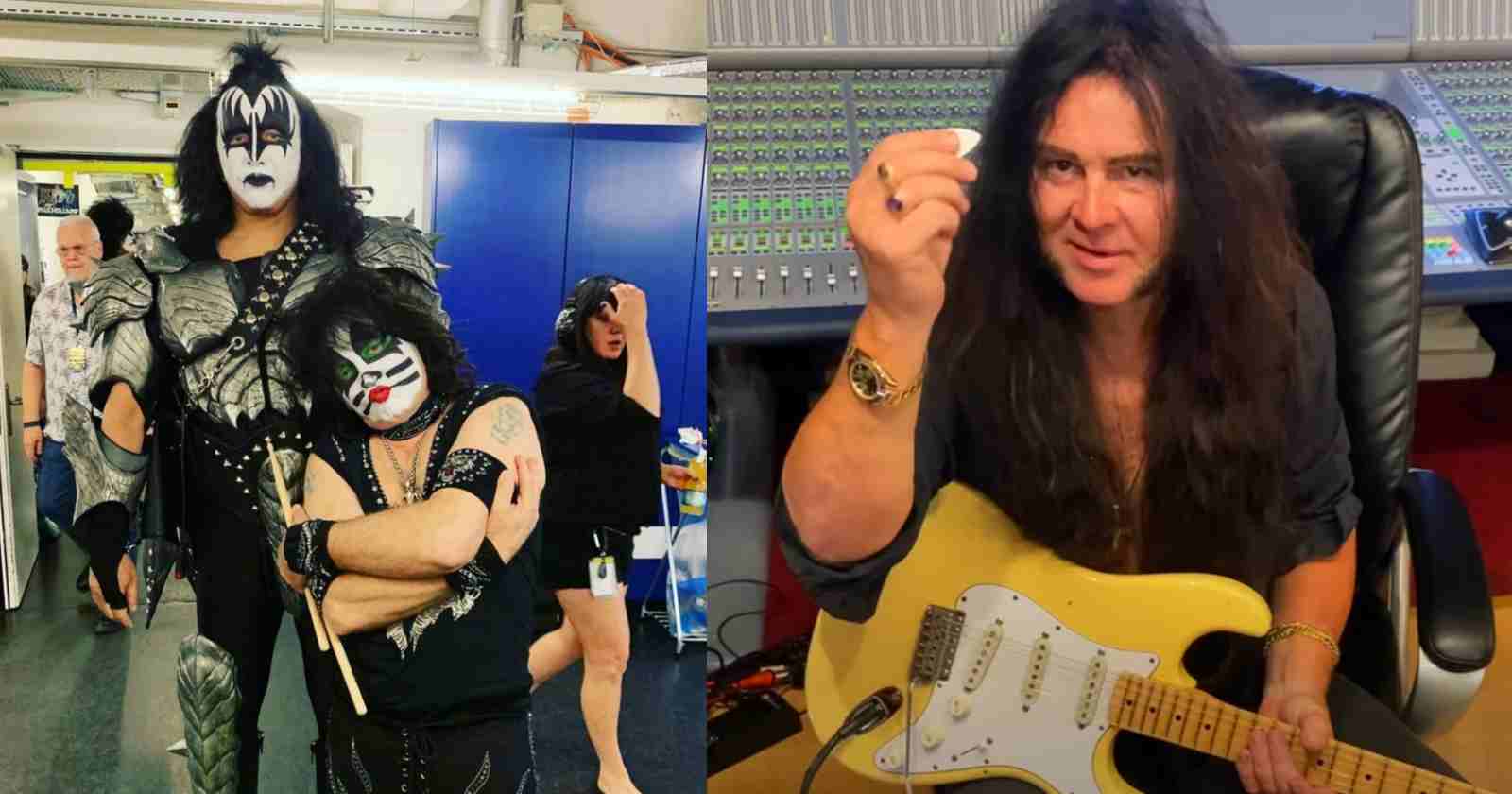 The Kiss bassist and singer Gene Simmons is one of the first people involved the music industry that noticed Van Halen back in the late 70s and right after seeing them playing live decided to help to record a demo. Over the decades he talked a lot about his experience especially with the brothers Alex and Eddie Van Halen and in an interview with Dean Delray (Transcribed by Ultimate Guitar) he explained why Eddie Van Halen solo can’t be compared to the ones done by Yngwie Malmsteen, for an example.

In the conversation with Dean Delray, Gene Simmons recalled how he reacted when he was in a club back in the 70s and suddenly heard Eddie Van Halen playing: “All of a sudden, I heard like [mimics EVH soloing] – but symphonic and melodic, not just noise. You can hear the melody and be able to hum it back, instead of Yngwie nonsense. Good luck to him too – good luck to anybody. But nobody walks down the street humming Yngwie solos – versus Van Halen solos. [They] are great solos you can hum. Because he spent time figuring [out] the musicality of it.”

“And I just pushed everybody aside and I went to the front, and there was hardly anybody on stage. It was a shirtless guy who looked like Jim Dandy from Black Oak (Arkansas) doing crazy stuff. You also got a bass player pounding away – really good stuff.”

“I can play a little bit; (but) this guy was doing good stuff, great runs. But he’s got to fill up the musicality because the guitar player’s not playing chords. He’s (also) typing away on the neck. I’ve never heard or saw anything like that,” Gene Simmons said.

Curiously, Yngwie Malmsteen revealed in an interview with Eon Music in 2021, that he received an offer from Kiss when he was young and still lived in Sweden.

“When I actually lived in Sweden, I was offered a gig in Kiss!” They wanted to talk to me. They called me up, and I was in Sweden, right, and the guy said; ‘are you hot?’, and then he asked me; ‘are you six feet tall?’, and I’m metric, right?”

During his career the Swedish was notably a member of Steeler and Alcatrazz and then found solo success after the release of his debut “Rising Force” in 1984.