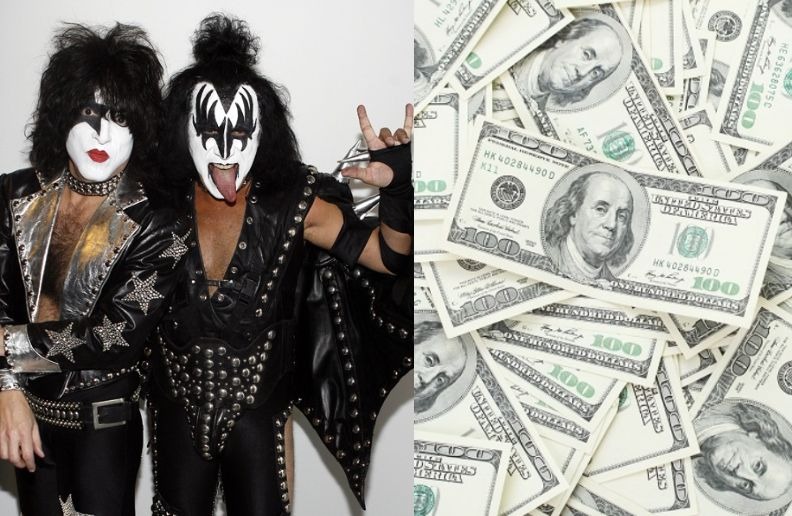 Kiss vocalist and bassist Gene Simmons has released his billing projection for “End Of The Road,” Kiss’s farewell tour: $ 150 to $ 200 million. The revelation was made in an interview with The Wall Street Journal.

“We’re going to say that Paul (Stanley, vocalist and guitarist) and I are partners and everyone else works for the organization, and they all do very well, I do not want to quote numbers, but I think it’s going to be a $ 150- $ 200 million , not to mention additional values, licensing, merchandising and more,” said Simmons.

The musician stressed that he is not “squandering” by revealing the numbers. “I say this without saying that in our restaurants and elsewhere, we hire veterinarians, donate to philanthropy and stuff like that. But how shameful would it be to hold a check before each show and say, ‘Look how I look like a nice guy ‘?”, said.

Simmons was sincere in stating that he only joins Kiss on tour today to “make more money.” “And we’re making a lot of money. I’m happy to say that.The $ 100 million lottery guy is applauded, but the guy who earns $ 100 million from his work is criticized.”

I worked for it, I deserve more than the guy who does nothing and wins the lottery. Hard work on tour. I have a network of restaurants, a cannabis company, another one of sodas and many other things. If you’re alive, you need to pump your heart and make more money,” he said.

The projected tour billing numbers can be realistic if you consider that “End Of The Road” should spin around the world in the next two or three years. Only the presentation in Vancouver, Canada, which kicked off the tour, raised $ 1.55 million from an audience of 13,000.

In 2000, Kiss grossed more than $ 61 million with their first farewell tour, “Farewell Tour.” There were 127 presentation in total. Already the income from the previous tour of “End Of The Road” brought $ 15.4 million for the band in the year 2016.

In the words of former Kiss guitarist Ace Frehley in a recent Yahoo! interview Entertainment, the band’s reunion tour, “Alive / WorldWide Tour,” earned $ 215 million in 1996, their first year. The tour had marked the return of Frehley and drummer Peter Criss to the group.