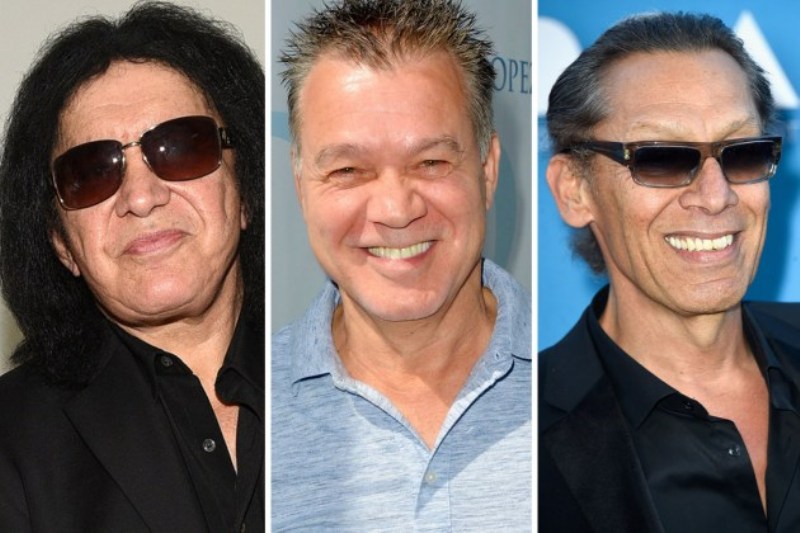 Gene Simmons and Paul Stanley contributed to the book Eddie Van Halen, by Neil Zlozower. The big revelation is that the Demon was not the first of the pair to see the guitarist and his band live.

Once, when being a rockstar meant something and the groupies were proud of themselves and with whom they had spent the night, I was invited to go to the Starwood Club in Los Angeles to see a group called The Boyz. I took Bebe Buell (Liv Tyler’s mother) along and sat next to Rodney Bingenheimer, king of the local night. We wait for the opening band. Life is what happens when you least expect it. I saw Van Halen and I was speechless. They detonated. 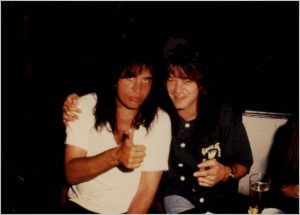 After two songs, I waited for them behind the scenes and immediately offered a contract and took them to the studio. A yogurt maker was hoping to fund them. I begged them not to accept it. We flew to New York and signed with my producer, Man Of 1000 Faces. I took them to Electric Ladyland Studios to do a demo of thirteen songs. I also bought platform shoes and leather pants for Dave.

I took the demo and showed it to the other KISS guys and Bill Aucoin. Nobody understood. I was shocked. I returned the tape to them, said I had a tour to do, and then I would try to arrange a contract, but after a while, I ripped the deal off and set them free. It did not take long for Warner Bros. to call them.

Lita Ford and I went to see Van Halen at Starwood in 1977. I was surprised and took Gene with me the next night. The charisma, presence of the stage, the attitude and the great songs, with matador arrangements made of them something unique. Everything about Edward, from his technique to the guitar design, made him the heart of the band. Clearly it was someone who played at a high level and according to their rules.

Many have tried to copy their style, but it has always been obvious that while imitation is the sincerest form of compliment, it only comes close to the real deal.