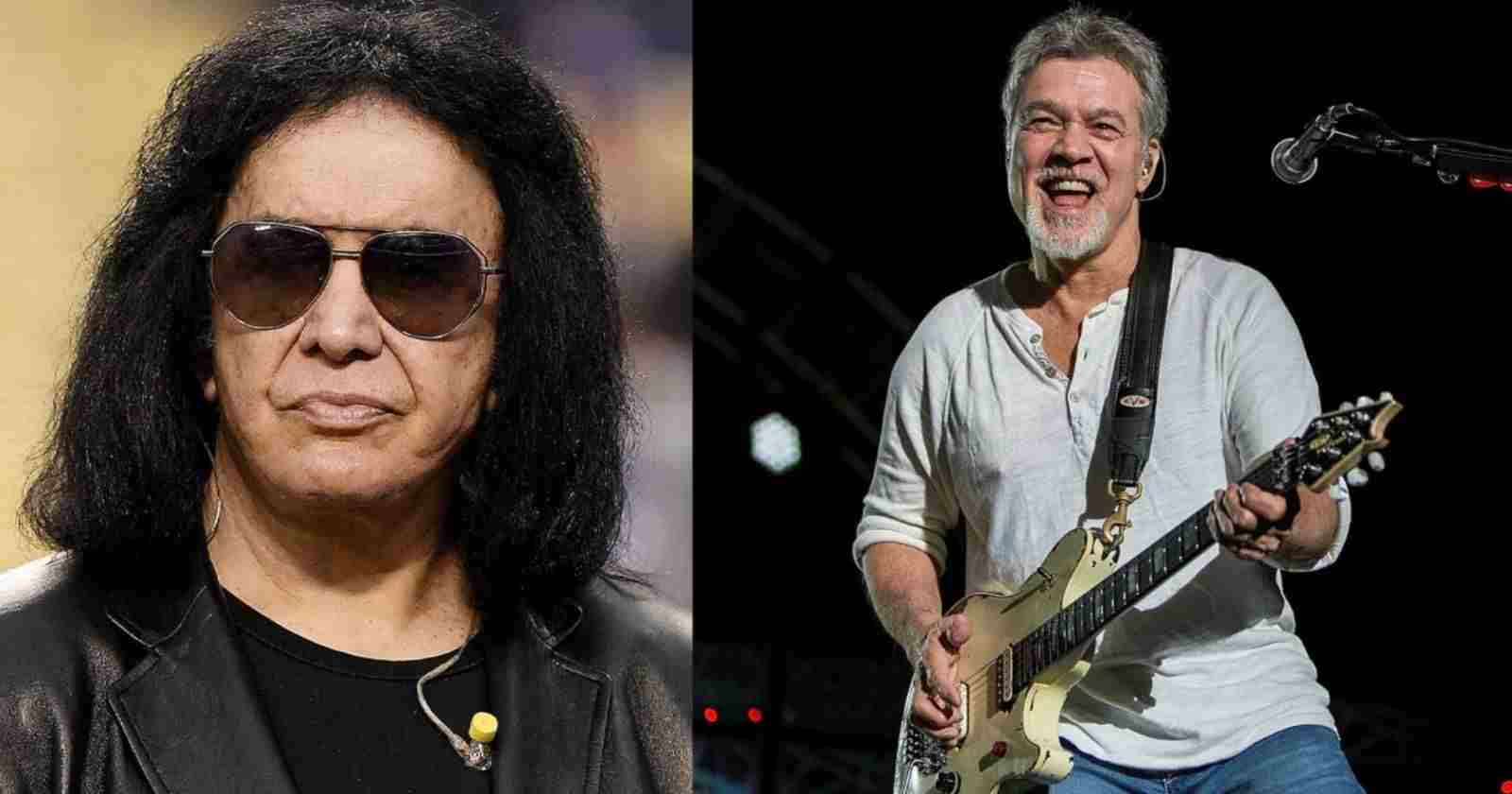 Eddie Van Halen unfortunately lost his battle with cancer at the age of 65 and left the rock world in mourning. Kiss bassist and singer Gene Simmons was the one who helped Van Halen at the beginning of their career, helping them to record their first demo. Simmons recalled in an interview with Rolling Stone and compared Eddie with Jimi Hendrix.

Gene Simmons said about his friendship with Eddie Van Halen:

“This is a heartbreaking day for me. Eddie was a beautiful soul; a sweetheart of a guy. You can say he’s the finest guitarist on two legs since Hendrix and all those superlatives, which of course are true. But for me the most memorable image when I heard he passed today was Eddie smiling from ear to ear.”

“If you look at the images that are circulating, Eddie’s always smiling. He enjoyed life. He could tear the roof off the sucker on stage and the whole time he’s looking at the fans, hardly at the fretboard. He’s smiling because he’s having the time of his life. That smile is the thing that gets me every time. Someone would say something and he would just kind of smile. I never heard him raise his voice at anybody.”

“It was an off night in 1977 and somehow I wound up going to the Starwood Club. I’d never heard of Van Halen; I was there to see a group called the Boyz. You go upstairs to the “you’re so fabulous” area and downstairs are the fans. So I’m waiting for the Boyz and on comes the first band. They’re making this furious noise with all these melodies coming out of the guitar like I’d never heard before,” Gene Simmons said. 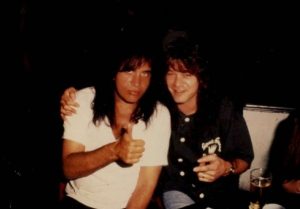 “I went to the front of the balcony and looked over. You saw Roth without his shirt on, and Alex playing the crap out of the drums and Michael pumping away. And then this guitar player doing things with his hands on guitar I would never have imagined. Nobody was using backing tracks or AutoTune or any of that crap. This was authentic.”

“I flew them to New York and set them up in Hendrix’s studio, Electric Lady. We had the same engineer who worked with Humble Pie. All the right tools. I said, “Now you’ve got to deliver. Go in there and play live.” Eddie did all the guitar parts live. He broke into a solo live in the studio. A few takes, and done, 14 or 15 songs. With Eddie — and he actually liked to be called Edward — it was like the street clothes came off and you’re standing next to a superhero. Those were wonderful, innocent days. I bought David a pair of leather pants.”

“Around ’77, I wrote “Christine Sixteen” and two other songs. On the way back from Japan, at one in the morning, I called Eddie and Alex and said, “I’ve got some songs — you want to help me do these demos?” And they did. Eddie did the solo on “Christine Sixteen” in one take. I loved it so much that I made Ace copy it note for note. So when you hear “Christine Sixteen,” that’s Eddie’s solo you’re hearing, but copied by Ace.”

“Once he came by the studio where we were working and played us “Jump.” Like Linda Blair in The Exorcist, your head starts spinning around and you say, “What’s that? Keyboards?” I remember not knowing what to think about it. There’s a solo in there, but it’s very short. I said, “When are you adding guitar?” He said, “No, this is our new thing.” But that song still had their DNA.”

“Like all bands, there’s always some kind of dysfunction and egos. Eddie was not happy with Van Halen at a certain point and he called me around 1981 or 1982. He said he wanted to leave the band and had had enough of Dave and who knows what else. I had lunch with him and said, “Don’t do it. You’re an amazing band. Every voyage on a ship has bumps” — all those corny things. I said, “You belong in Van Halen. It’s got your name.” He stuck it out. I used to go to the Rainbow with the groupies and the money and the fame. I never once saw Eddie there. He never played the game, he wasn’t interested. He loved that music and the band.”

“Lots of guys play fast but with no melody or heart or soul. Eddie’s solos had all that. Not since Hendrix had anybody bent strings like he did. He cast a large shadow. You think you’re pretty good and famous and you’re filling arenas. But when you were sitting in front of Eddie, you were in the presence of greatness,” Gene Simmons said.

Sammy Hagar and Michael Anthony plays “Right now” in tribute to Eddie
Ozzy, Iommi and Geezer recalls how they composed the first album
Advertisement
To Top