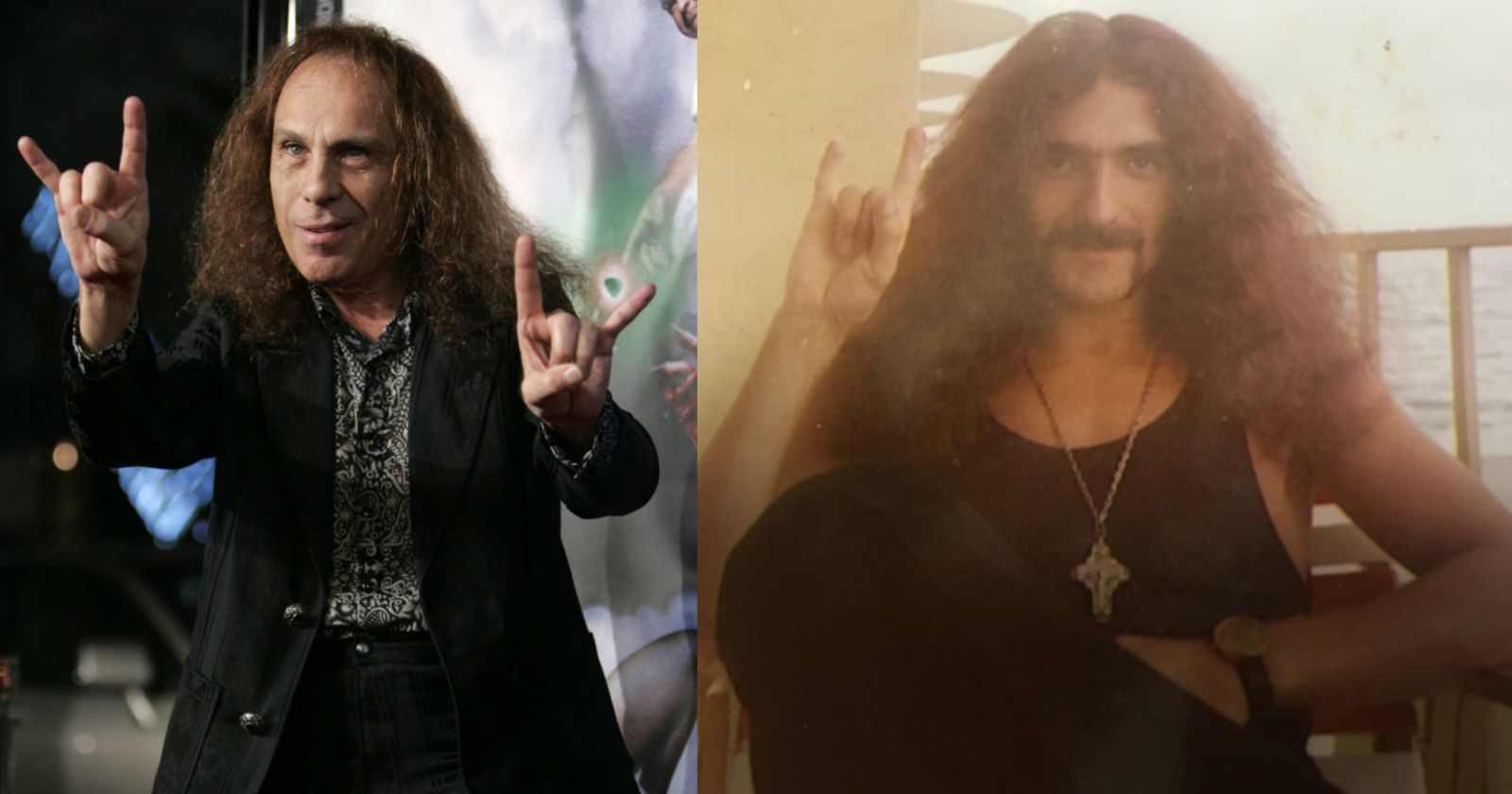 Black Sabbath bassist Geezer Butler said in an interview with Eddie Trunk that he was doing the horn sign with his hands since 1971 and he taught that to Ronnie James Dio, that adopted the gesture and made it famous. Butler also said that it wasn’t he only idea Dio stole from him.

“I’ve been doing that sign since — I’ve got pictures of me doing it since 1971. And I always used to do it in the breakdown in the song ‘Black Sabbath’ — just before it goes into the fast part at the end, I’d do that sign to the audience. And on the first couple of ‘Heaven And Hell’ tour shows, Ronnie was saying, ‘When I’m going on stage, everybody is doing the peace sign to me, and that’s an Ozzy thing. I feel like I should be doing something back to them. ‘What’s that sign that you do in ‘Black Sabbath’?’ And I showed him the devil horns sign. And he started doing it from there and made it famous.”

“I didn’t really think much of it. As I say, I’ve got pictures of me doing it in 1971. And it was just an alternative to Ozzy’s peace signs, I was doing it. And if you look at the ‘Yellow Submarine’ album cover, John Lennon’s cartoon character is doing it, in 1966 or whatever it was. So it’s an old sign. I was just doing it ’cause Aleister Crowley used to do it.”

“There’s a lot of things that he nicked off me that he claimed that he was the originator. But he made it famous, so I didn’t care. The (Dio) album title ‘Sacred Heart’; that’s where I used to go to school. And he called one of his songs ‘One Foot In The Grave’. I jokingly said, ‘We should call the album ‘One Foot In The Grave’.’ And then when he left (Black Sabbath), he called one of his songs that.”