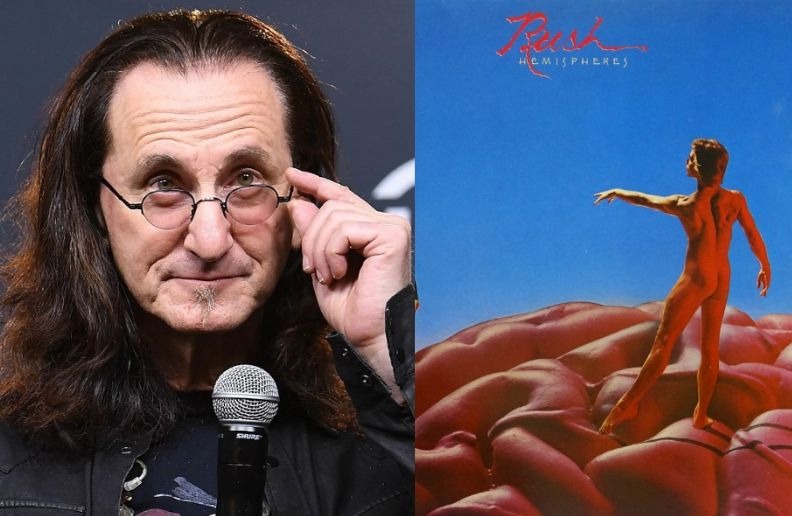 Even the great masters of music sometimes are not capable of performing well some of their own creations. This time it was Geddy Lee when talking about the most famous song of the album “Hemispheres”, the track “The Villa Strangiato” (An Exercise of Self Indulgence) that admitted that the song is too difficult.

“That was a song where I would have to say our ideas exceeded our ability to play them,” Lee says of the nine-and-a-half-minute, 12-part instrumental suite that set new standards for bands hoping to go widdly woo on their instruments at great length.”

“We thought: ‘We’re going to write this long piece and then we’ll just record it live off the floor and boom!’ But it was really difficult. It was beyond us. I included it here because it surprised me how popular that song was among our fans. They just love it when we go into that crazy mode. Yes, it is an indulgence, but it seemed to be a pivotal moment for us in creating a fanbase that wanted us to be that way.”

Rush’s commitment to noodling made them the dream band for an audience that was overwhelmingly male. “There’s no getting around that,” Lee says. “We would joke about it backstage. ‘See any girls in the front row?’ ‘No. Some attractive boys. A lot of ugly boys.’ When things started changing – and they did – we noticed: ‘There’s girls in the front row’. Or there’d be a sign in the back: ‘Mythbusters: Girls who love Rush.’” Lee sighs, and laughs. “But we were too old to take advantage of it by that point.”