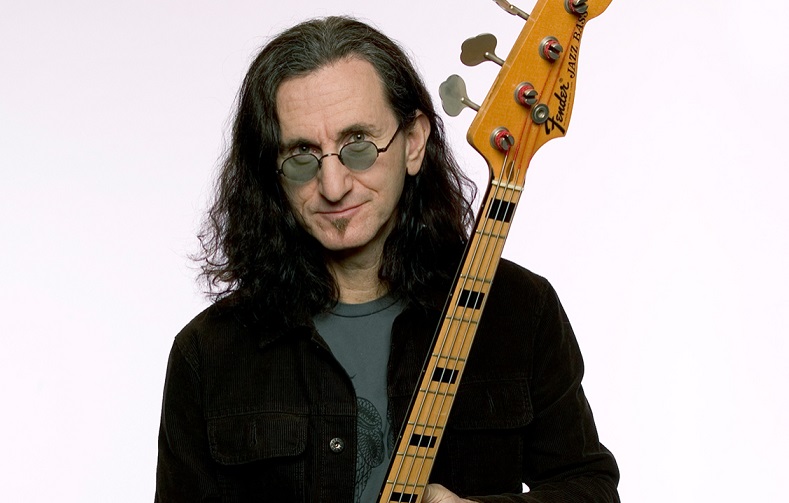 The legendary RUSH bassist and vocalist, Geddy Lee, revealed to Music Radar the 10 bass players that blew his mind.

“I always found Jack Casady from Jefferson Airplane to be very underrated. He played odd basses, like this Guild that was really modified. He was really into that mod stuff.”

“I had the great pleasure of seeing Jack Bruce in the late ’60s. But I could not find another person to come watch Cream with me… what’s the matter with people, right?! So I thought, ‘Fuck you all, I’ll go by myself!’ and bought a single ticket, sat on the balcony and watched them being godly.”

“He was quite possibly the greatest rock bassist of all time. I don’t think it’s a stretch to say that. … He was a bass player’s bass player. He didn’t play guitar. He didn’t want to do anything other than play awesome bass. He had the dexterity; it was just so fluid, man… a pure joy to listen to.”

“His role in Zeppelin was a lot more profound than people credit him with. He could play keys, had an ear for arrangements and wrote great bass parts – just listen to what he does on ‘What Is and What Should Never Be.'”

“I had the pleasure of seeing him in Weather Report in the late-’70/early-’80s somewhere in Milwaukee. A friend of mine from the band touring with us went to watch the soundcheck and came back with this story…

“There’s a famous song Jaco wrote called ‘Teen Town,’ one of the most quintessential bass songs that’s ever been written, and Jaco was playing drums while the keyboard player covered his bass parts. We were blown away to hear that. And then later that night, we watched the show.”

“Chris was so orchestral, creative and complex, his parts are classically structured in that they’re inventive and all over the place. Chris is the reason I wanted a Rickenbacker 4001. He’s what took me from John Entwistle to my next step in twangy tone!”

“[Drummer] Bill Bruford, who is connected to Yes and one of my favorite drummers from that period, did a couple of solo albums that really affected me. In his band, he had a bassist named Jeff Berlin.

“They did this song called ‘Joe Frazier,’ which they’d stretch out live. I think he’s one of the greatest, up there with Jaco, in terms of facility, brilliance, dexterity, and creativity.”

“I’d never heard a bass player do anything like that, doing single notes in a rock way then going to slapping and popping in this slinky, almost humorous way. It was very effective rhythmically. So as much as he says I inspired him when he was young, he kinda inspired me in the middle of my career, making me realize I could get a lot more rhythm out of my playing.

“I started trying to bring that into my work in Rush. Listen to ‘Jerry Was a Race Car Driver’ or any of those songs, and you’ll be hearing a pioneer of the bass guitar. He’s got this very original attitude and fresh approach with this highly creative, albeit quirky, player.”

“I was in the gym just the other day and heard ‘Give It Away’ playing. He’s such an original player; he can play up top in a way that doesn’t get in the way of the vocal – in fact, it enhances the vocal.”

“It’s important to remember John Paul Jones wouldn’t have played like that if it wasn’t for James Jamerson. So apologies to Victor Wooten and all the other great musicians, including Paul McCartney, but my final choice could only belong to James Jamerson!”