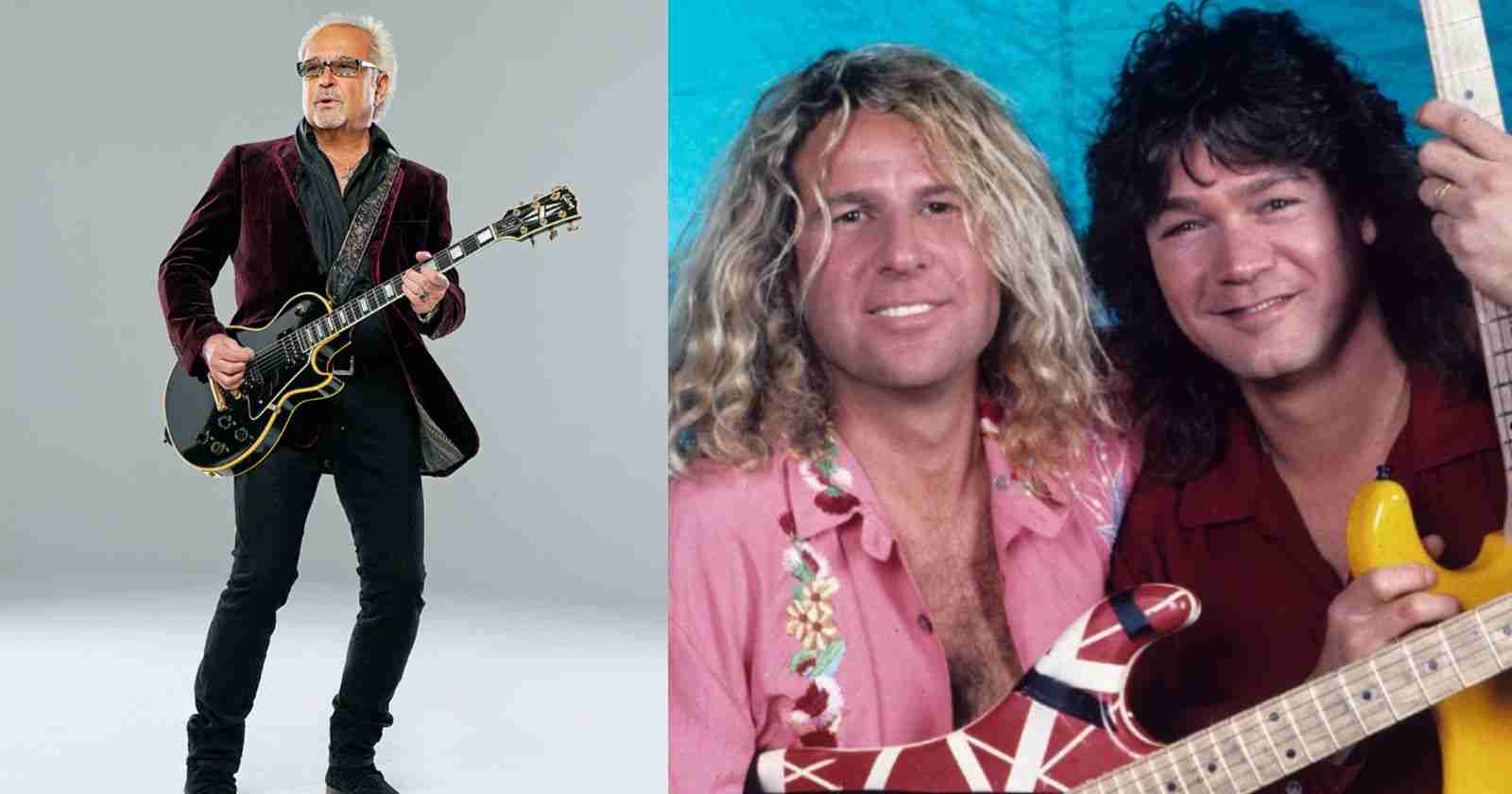 Foreigner guitarist Mick Jones recalled in an interview with Guitar World working as the co-producer of Van Halen classic album of the Sammy Hagar era “5150”. Jones worked with Donn Landee on the production and helped especially on the track “Dreams”.

“They had demos of all the tracks that made the final cut, pretty much. The only one that wasn’t demoed was Dreams, and I would say that was the one I had most involvement with from an arranging point of view. I think I really brought something to that song, especially Sammy’s vocals.”

“I worked very long and hard with him on that, and he told me it was one of his all-time favourite performances. He was singing so high that he was hyperventilating. He almost passed out! I really pushed him. But we got it.”

With Dreams and other songs such as Love Walks In, Eddie played the riffs on synthesizers…

“He developed his own style of keyboard synth stuff . It was a slightly different direction, but it was still rock. It really felt good when I first heard the songs. And they made it pretty easy for me. They gave me a great drawing board. Gradually as we got to know each other, things really gelled.”

“Of course he was playing that famous red Strat with the cream gaffer tape around it, but also a Steinberger. I used a Steinberger for a while at that time.”

Did you hear this as Eddie reaching for something beyond the classic Van Halen ‘brown sound’?

“I didn’t really dissect what it sounded like. I just knew that it was powerful. And I felt that we captured the spirit of what was going on. I think they really wanted to show David Lee Roth that he wasn’t indispensable – let’s put it that way.”

Presumably you didn’t feel the need to coach him as one guitar player to another?

“He was so talented, so there wasn’t a lot I could add or suggest from a performance point of view. And he had a unique style, obviously. I didn’t want to say things for the sake of it. I thought seriously about what I was saying, what I was contributing.”