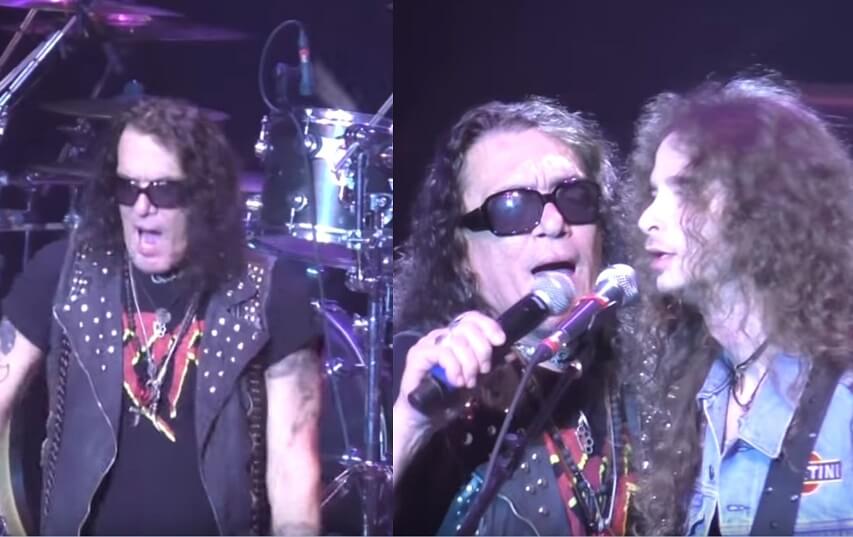 The singer was “stumbling” and missing the lyrics in the concert held in St. Charles, IL, last Friday (October 5).

Read what a fan tweeted:

“Went to the Arcada Theatre to see Ratt. Band was awesome, especially Jason on lead guitar [the band has two guitarists: Jordan Ziff and Chris Sanders] as they tried to cover for Stephen Pearcy. Complete poser – drunk, drugged out, stumbling and can’t remember the words. Kept walking off stage or sitting on drum riser. What a joke! #rehab”

Another fan posted a short clip from the gig and wrote about Stephen:

“Trashed again on stage 10/5 getting booed!”

“The Arcada Theatre performance took place just over a week after Ratt’s disastrous show in Huntington, NY, where Pearcy was also slurring while sitting down and nearly lying down on the drum riser.

“The 62-year-old singer also appeared to be slouching or leaning on to the bass drum during ‘Round and Round’ and holding on to the tom-tom stand and bass drum to keep from falling over.”