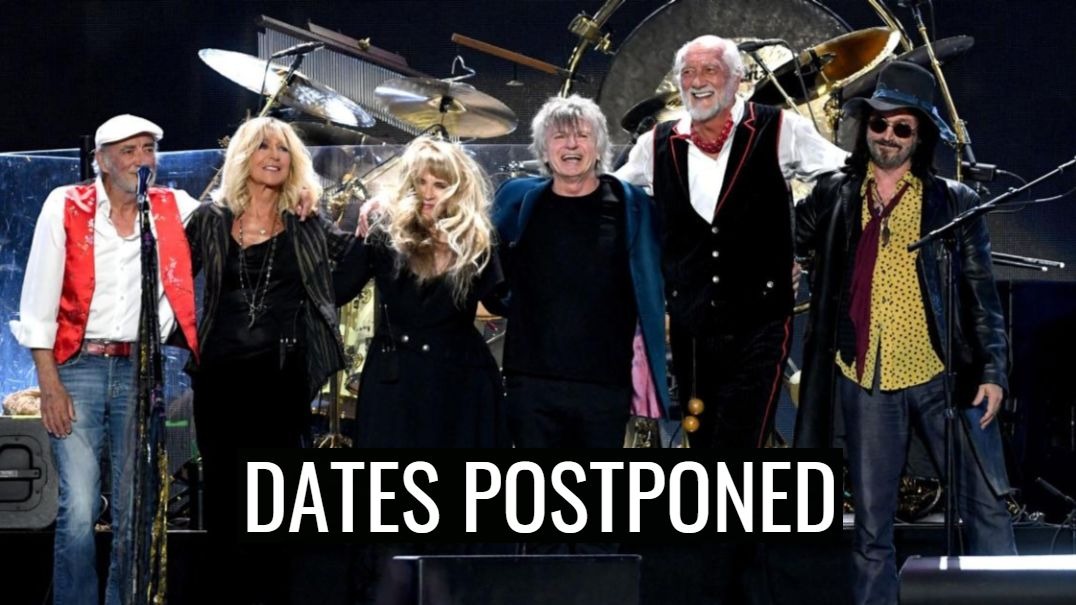 Fleetwood Mac was forced to postpone the last dates of their North American tour because Stevie Nicks has come down with the flu.

They said in a statment:

“While she is feeling better already, management has consulted with her doctors and have decided to reschedule the remaining four shows of their North American tour to allow for her full recovery.”

“We are having more fun than ever on this current tour, but as we all know, touring life comes with its challenges. The flu has sidelined Stevie for a couple of weeks, but she is on the mend and we look forward to getting back out on the road. We so apologize to the fans, but we are working on rescheduling.”

The four dates scheduled in Canada in Toronto, Toronto, Winnipeg, Edmonton and Calgary will be rescheduled for dates maybe in October or November.

But a fifth show, at the New Orleans Jazz & Heritage Festival on May 2, has been canceled altogether. That gig was announced last week as a replacement for the Rolling Stones, who had to postpone the entirety of their spring tour of North America because Mick Jagger required surgery to repair a heart valve.