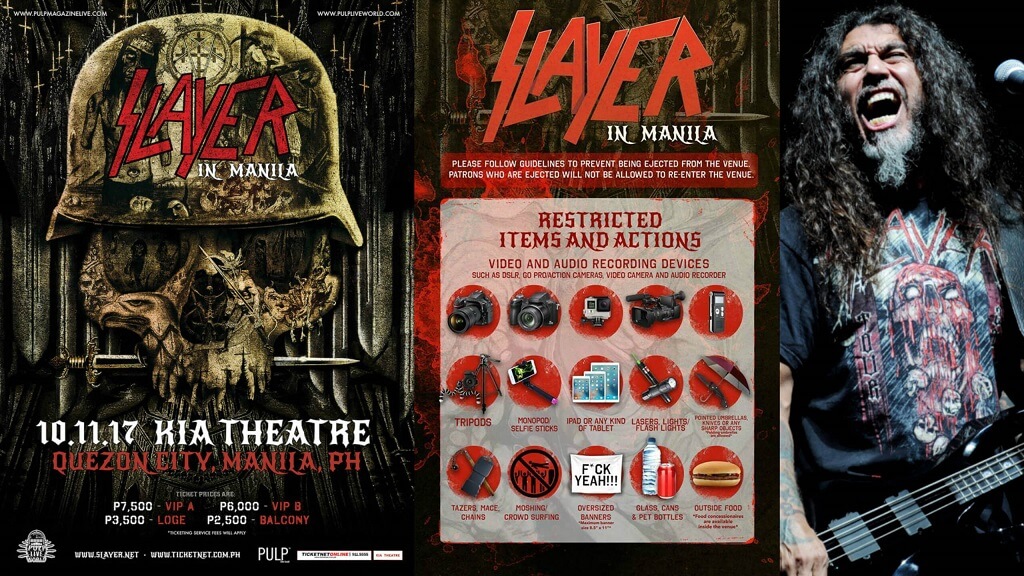 Metal concerts are not very usual in the Philippines, these kind of concert happens only from time to time. Slayer will play in the country for the first time, in Manilla on October 11th and the metalheads are excited, but the rules are not making them happy.

According to MetalSucks, the promoters of the show, PULP Live World, released a flyer noting items banned from the venue. Some of this stuff is common sense: no weapons, last pointers, professional film equipment. But fans were shocked to see no crowdsurfing and no moshing allowed at the venue. 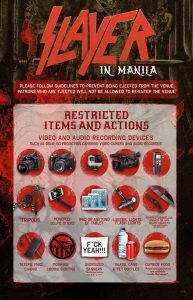 The rules can be related to the strict way that government acts on the country. The president RodrigoDuterte has been aided by his vocal support for the extrajudicial killing of drug users and other criminals. Human rights groups have documented over 1,400 killings allegedly by death squads operating in Davao between 1998 and May 2016; the victims were mainly drug users, petty criminals and street children.