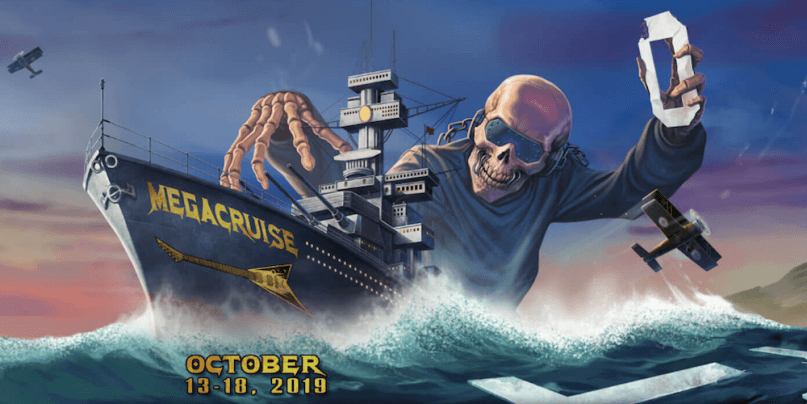 Megacruise, Megadeth’s festival that will happen in a cruise, confirmed the first bands.

The bands will be on the cruise from Los Angeles to San Diego and Ensenada, Mexico. The festival will take place from October 13 to 18, 2019. The cheapest cabin costs 800 dollars. Check out other values ​clicking here.