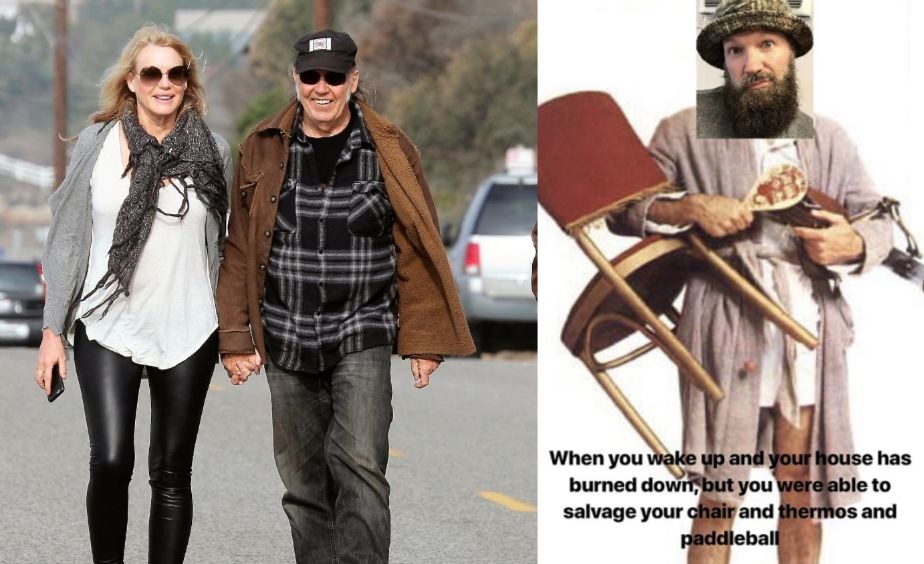 Musician Neil Young and two members of the band Limp Bizkit – vocalist Fred Durst and guitarist Wes Borland – lost their homes due to the California fire in the United States. The flames have killed 31 people so far and have made thousands leave their homes – even famous, like Lady Gaga and Gerard Butler, in addition to the names already cited.

Neil Young has confirmed the loss of his house by fire by means of a note published on his official website. He also criticized US President Donald Trump for saying that the blaze would be the fault of “poor forest management.”

“California is vulnerable, not because of poor forest management as our supposed president would make us think. We are vulnerable because of climate change: extreme weather events and our prolonged drought are a part of that. That these solutions should not be part of your decision making on our behalf. Imagine a leader who cares more about his or her opinion than about the people he or she commands. ”

Also on the Instagram, Fred Durst confirmed that the fire affected his house. “When you wake up and your house is on fire, but you can save your chair and your thermos,” he said.

Flea, Red Hot Chili Peppers bassist, said he almost lost his home but was saved by a friend named Eric. “My house might have burned down last night had it not been for my friend Eric, who defied the evacuation orders and stayed up all night with his intelligence and a garden hose, erasing all the little fires in my house and mine neighbors, saving our asses. He is a brave, unselfish and kind man, “he said.