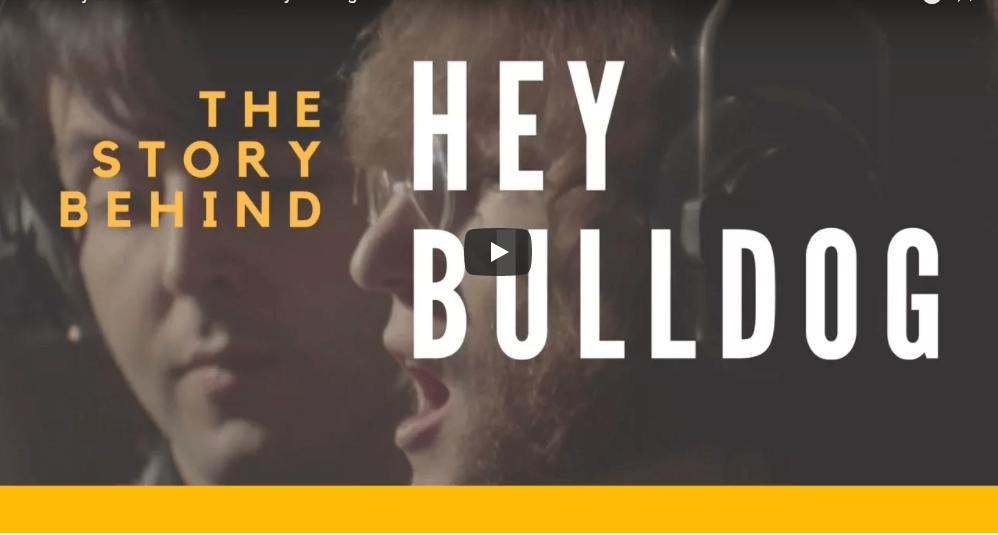 In the Beatles’ vast hit catalog, some great songs are forgotten. One of the less remembered track’s is “Hey Bulldog”. And did you know she has an interesting composition story?

Find out in the video below:

The song appeared first on the Yellow Submarine soundtrack album in 1969. Credited to Lennon–McCartney but written primarily by John Lennon, it was finished in the studio by Lennon and McCartney.

It was recorded during the filming of the “Lady Madonna” promotional video, and like “Lady Madonna”, is one of the few Beatles’ songs based on a piano riff. It had a working title of “You Can Talk to Me”.