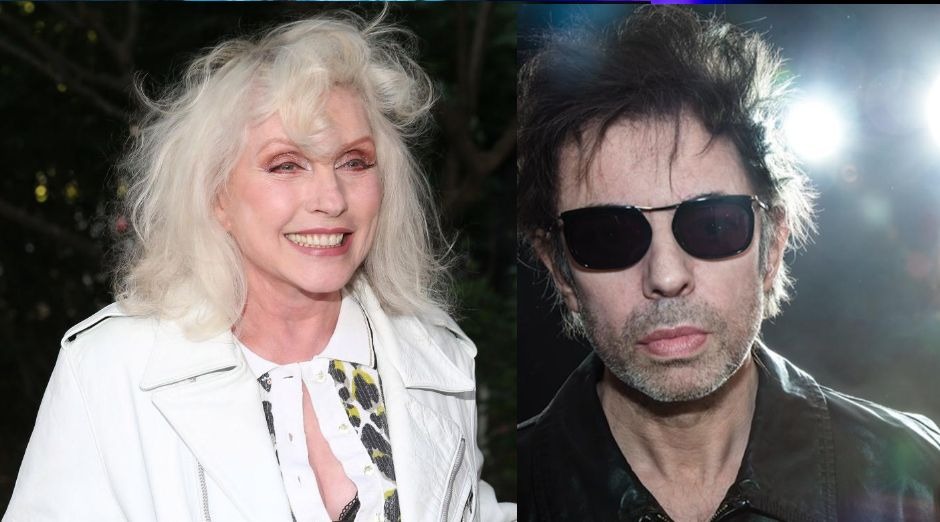 Cruel World festival will gather in a single day, May 2. Morrissey, Blondie, DEVO, Psychedelic Furs, Echo and the Bunnymen, Bauhaus, Violent Femmes and PIL of ex-Sex Pistols John Lydon will perform. The festival happens in the city of Carson, Los Angeles County. 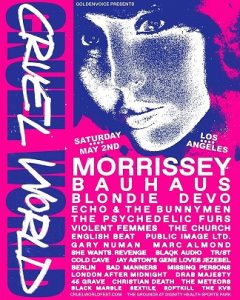 New wave is a rock music genre that emerged in the late 1970s alongside punk rock. The term “new wave” encompasses several musical styles oriented towards rock and pop.

The style was considered synonymous with punk rock. Before it became an independent and popular musical style throughout the 1980s. With a futuristic aesthetic. That incorporated elements of electronics, disco and pop.

Like psychedelic rock in the 60s and disco music in the 70s. The new wave defined and shaped the pop culture of the 80s.

Common features of new wave music include the use of keyboards and synthesizers. Electronic productions and a visual style characteristic of music. Also fashion videos.

It was the most popular and influential musical genre in the world in the 1980s until the early 1990s, coming to define and influence various styles, such as in fashion, film and television.

Its pop / futuristic aesthetic and the extensive use of keyboards and synthesizers ended up being equated with other electronic genres that became popular in the 1980s, such as dance-pop and synth-pop.