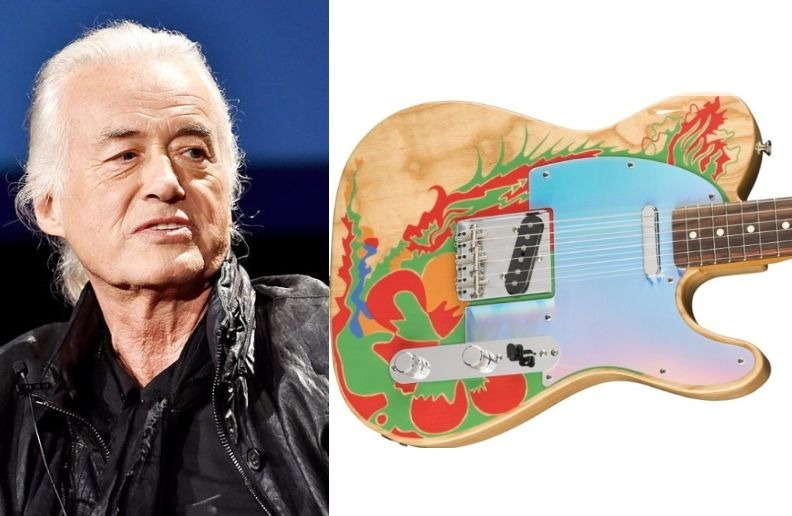 To celebrate Led Zeppelin’s 50th birthday, Fender decided to release a line of guitars inspired by the iconic designs used by Jimmy Page over the band’s five-decade long career.

The legendary guitar brand took as the basis for the creation of the dragon painting line in the original Telecaster used by Page, known as “Dragon”.

Initially, the guitarist personalized the instrument with small round mirrors along the body, thus creating the “Mirror” in 1967, but this transformation did not last long. At the end of that year, Page left the guitar smooth again, and painted in it the iconic dragon, which exists to this day.

It is in these two designs that Fender sought inspiration, as a way to honor and immortalize the legacy of the musician and Led Zeppelin. About “Dragon,” Page said, “The story of the instrument is its full journey, starting with Jeff Beck until it’s passed to me in a gesture of trust and kindness.”

See below the video in which Jimmy Page tells a bit about the history of the guitar, its relation with the instrument and the creation of the iconic painting:

Led Zeppelin were an English rock band formed in London in 1968. The group consisted of guitarist Jimmy Page, singer Robert Plant, bassist/keyboardist John Paul Jones, and drummer John Bonham. The band’s heavy, guitar-driven sound has led them to be cited as one of the progenitors of heavy metal. Their style drew from a wide variety of influences, including blues, psychedelia, and folk music.