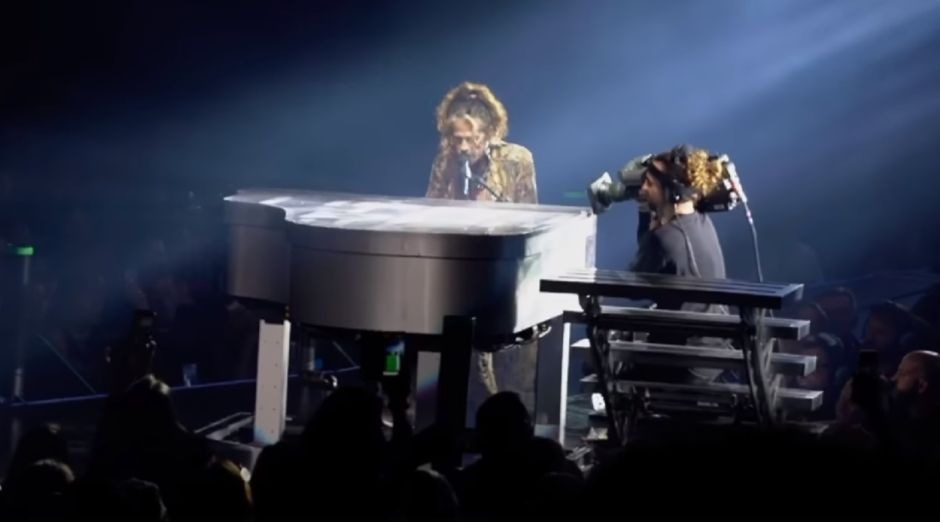 Aerosmith, in a good mood, published a video of a performance that took place on Springfield Mass Mutual Center in the United States where Steven Tyler is singing.

The band had already performed a breathtaking fan show and at the time of the encore, Steven Tyler went to the piano for a solo performance of “Hole In My Soul”, a classic that the band didn’t play live since March 9, 1998 in Tokyo.

The video shows the singer curling up from the first note, making it clear that he had not rehearsed. Tyler was so disgusted with his performance that he decided to musically destroy “Hole In My Soul” shortly after he started it, screaming from the audience.

In the post, Aerosmith says it has been 20 years since they have been performing this song in full on their shows and asks fans if they should include it on their setlist.

In the post’s comments, the audience sympathized with Tyler’s unfortunate performance in messages that say “he can sing and play any way that looks great”! Congratulations to the guys at Aerosmith, a band that doesn’t have to prove anything to anyone, and shows everyone that the key is not to take things too seriously.”

But of course, many fans said bad things about the presentation.

The concert setlist was