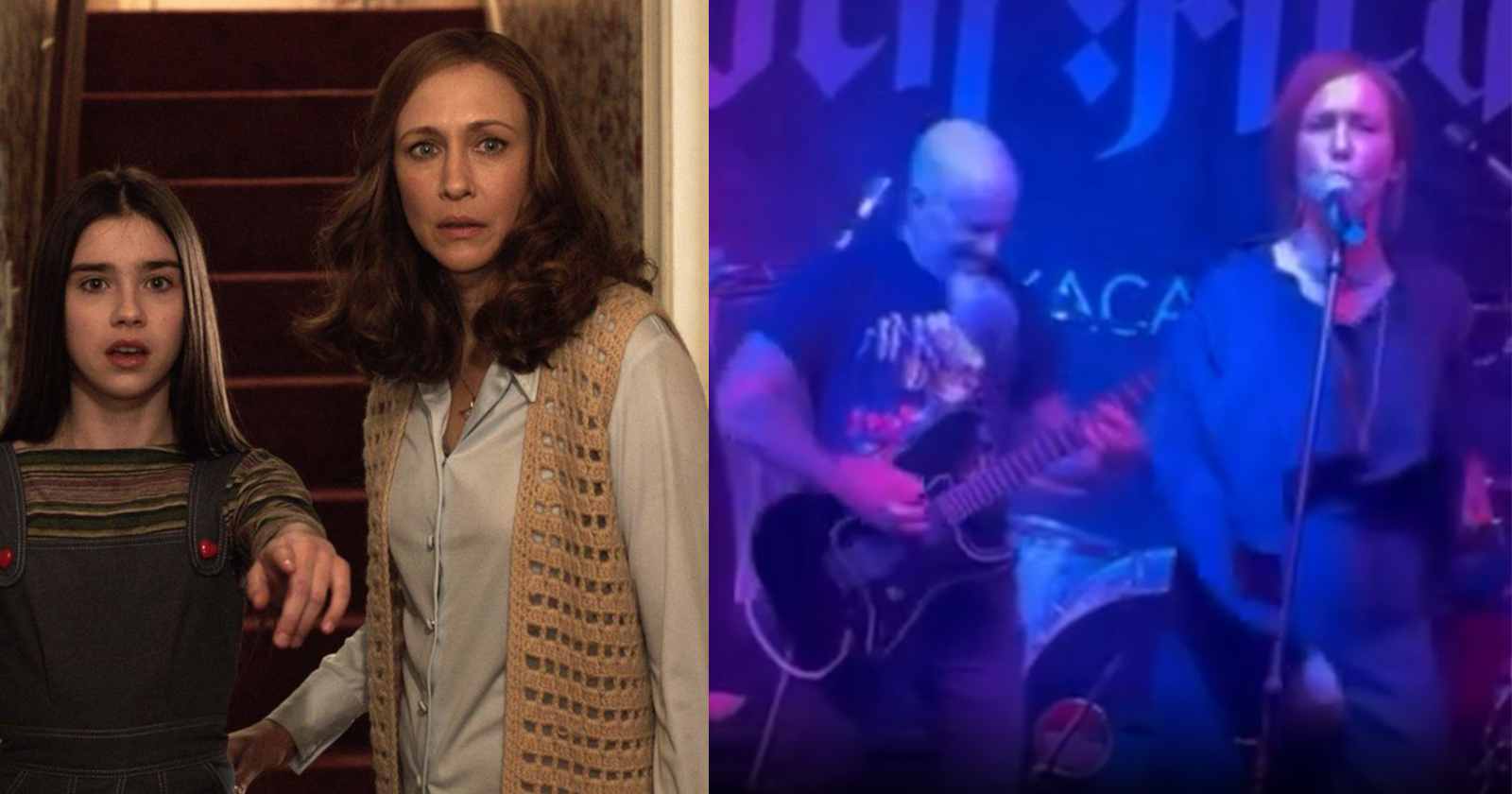 The famous Hollywood actress Vera Farmiga, known for movies like “The Conjuring” and “The Departed” sang the Iron Maiden classic “The Trooper” with the music school Rock Academy in New York that had legendary Anthrax guitarist Scott Ian. Daughter of Ukrainian immigrants, in the beginning of the video she shows support for Ukraine.

Vera published the video of the performance on her Instagram, saying: Sometimes @RockAcademyOfficial lets the adults ROCK. And sometimes, if you’re really lucky… you get to rock out with @scottianthrax.”

Vera Farmiga was born in Clifton, New Jersey back in 1973 and her most famous role is as paranormal investigator Lorraine Warren in The Conjuring universe franchises. She also was part of famous pictures like “15 minutes” (2001), “Running Scared” (2006), “The Departed” (2006), “Orphan” (2009) and “Bates Motel” TV series.

She is the daughter of Ukrainian immigrants, Mykhailo, who is a computer system analyst, and Luba Farmiga, a teacher. The actress was raised in a Ukrainian American community, not speaking English until the age of six. She attended a Ukrainian Catholic School in Newark and dated a Ukrainian folk dancer. In 1991, Farmiga graduated from the Central Regional School in Hunterdon.

Her youger sister Taissa Farmiga is also a famous actress known for being a constant character in the “America Horror Story” series and for her role in “The Nun”.

Released on Iron Maiden’s 1983 album “Piece Of Mind”, “The Trooper” became one of the most famous songs of the group and it is always present on their concerts. It was the first record of the British band to be made in the Bahamas at the Compass Point studios in Nassau, the capital of the island. Also was the first album to feature drummer Nicko McBrain.