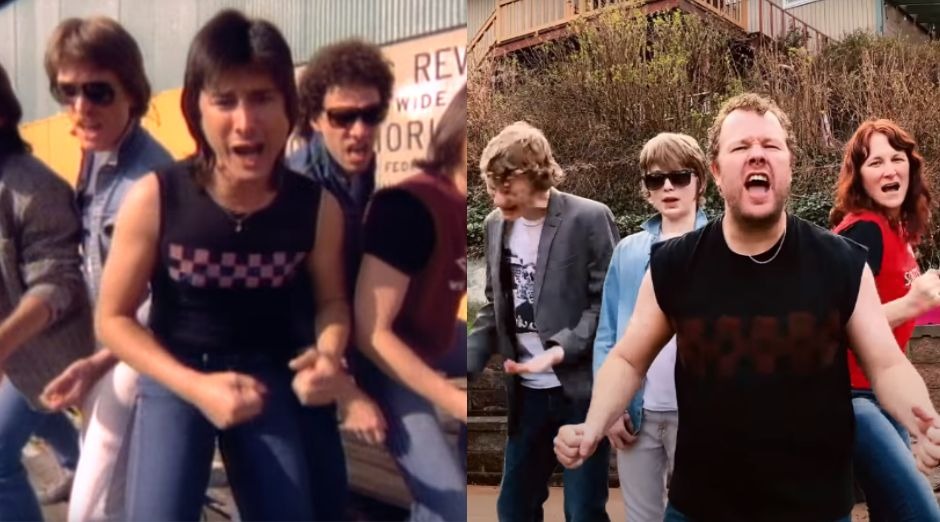 An American family recreated the classic Journey clip for “Separate Ways” during the quarantine. The family that lives in Maple Valley, Washington, in the United States had the idea from Steven Heller’s wife, who managed to convince her husband and children.

“Confinement does strange things for the best of us and this quarantine was really affecting me. My wife texted me saying, ‘We need to recreate a music video’. It seemed like a lot of work, but her persistence paid off and here we are”, says Steven Heller, in the video caption.

“We are not trying to do something exaggerated or make fun of it. All the incredible clips from the 80s, the sheer intensity of the performances and the bizarre moments when they play imaginary instruments make everything so special,” the group said at the time.

The song was written by Steve Perry and Jonathan Cain. Unlike most songs from the Journey era, Separate Ways is a fast, heavy rhythm, powered by Neal Schon’s aggressive guitar.