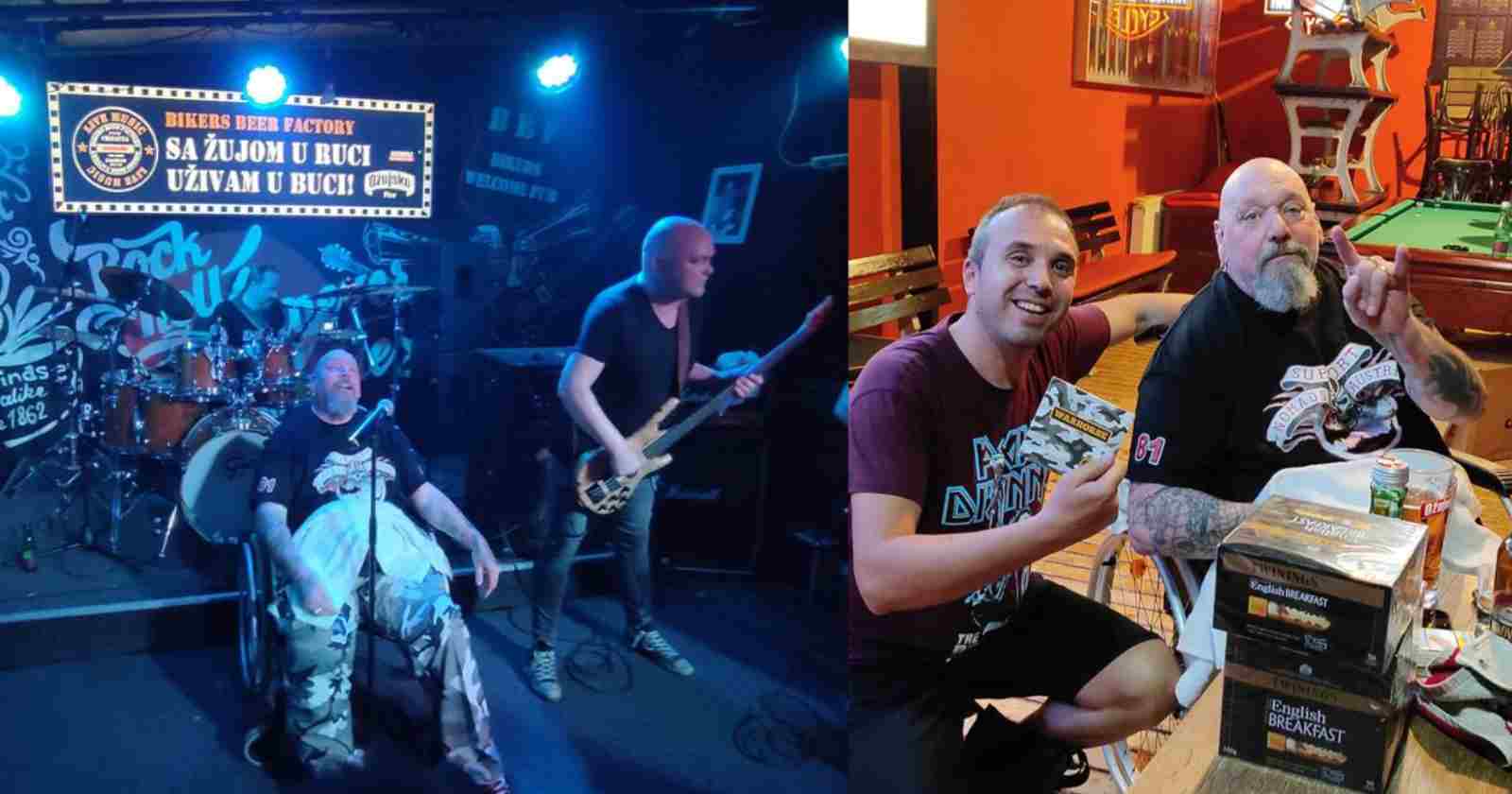 Ex-Iron Maiden vocalist Paul Di’Anno (64), who was the voice of the band’s first two records “Iron Maiden” (1980) and “Killers” (1981) performed his first concert in seven years last Saturday, May 21. The show happened in Zagreb, Croatia, place where he has been receiving physiotherapy and lymphatic drainage treatments in order to be prepared for his upcoming knee surgery.

The performance happened at the Bikers Beer Factory in order to thank the fans that are helping him on his treatment there, since the musician couldn’t get the treatement in England and after many fundraising campaigns in the last years he ended up going to Croatia and getting treated with the help of fans.

Coincidentally the show happened one day before Iron Maiden’s show in Zagreb in May 22, that is their first conceret from their European tour.

According to Blabbermouth the images from the concert will be part of a documentary that is being directed by Wes Orshoski, who was the co-director and producer of the famous 2010 doc “Lemmy”, about the late Motörhead leader.

Di’Anno recently got togethre with several musicians from Croatia to form the project Warhorse and recorded three songs. Two of them: “Stop The War” and “The Doubt Within” already have been released as a special limited-edition DVD single.

According to the report from Setlist FM, Paul Di’Anno’s concert’s setlist was:

Born in May 17, 1958 in Chingford, London, England, Paul Di’Anno recently celebrated his 64 birthday and it’s since 1977 in the music business.