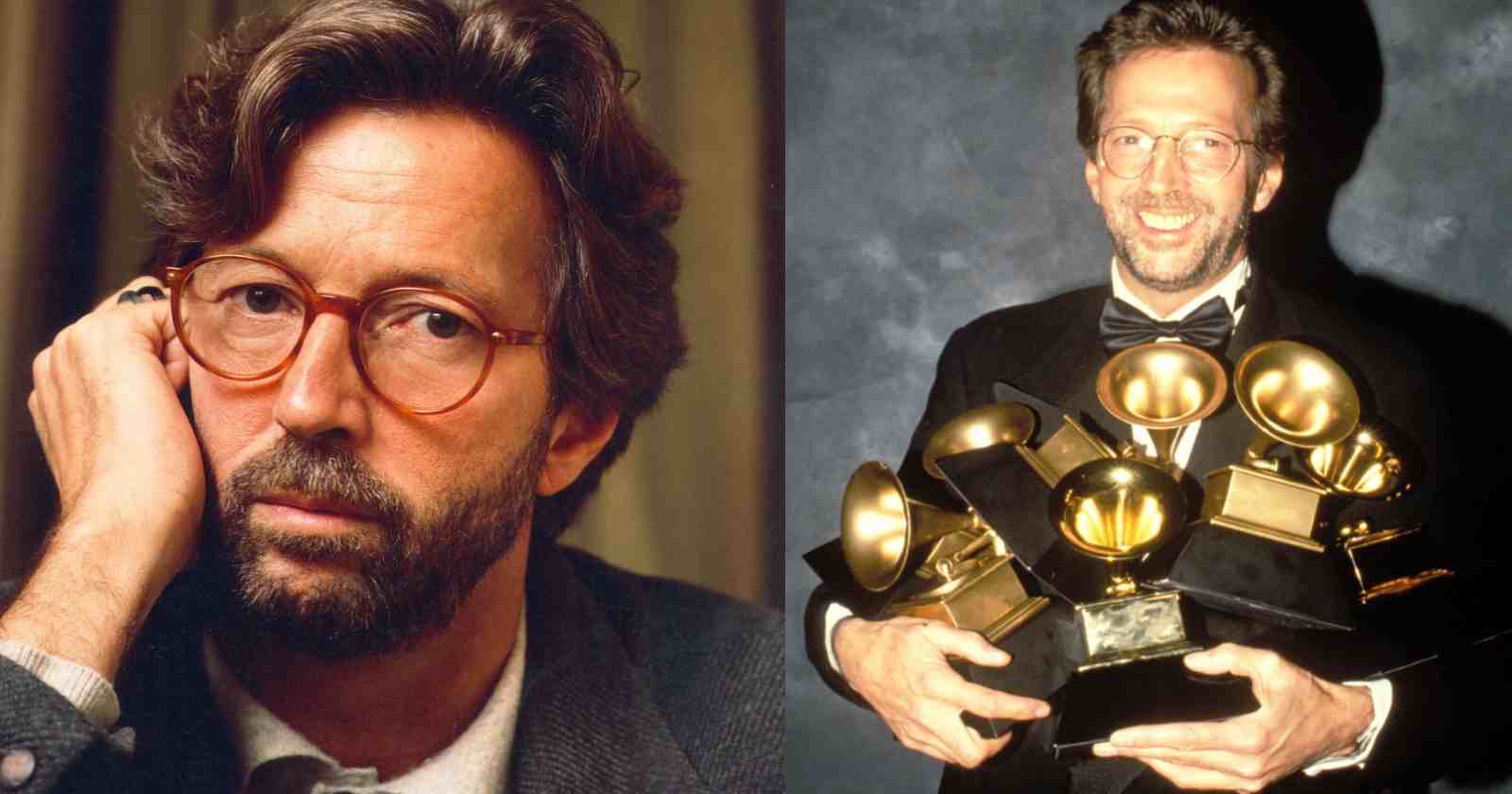 Eric Clapton recalled in an interview with BBC Radio (Transcribed by Ultimate Guitar) how he wrote the hit “Tears In Heaven” after the tragic death of his son Conor in 1991 at the age of 4. It appeared on the 1991 Rush film soundtrack. In January 1992, Clapton performed the song in front of an audience at Bray Studios, Berkshire, England for MTV Unplugged, with the recording appearing on his Unplugged album.

Eric Clapton recalls how he wrote “Tears In Heaven” after his son death:

“I had, I brought him home from New York with the Italian side of his mother’s family. We went through the process of the funeral, and when they left. And I had this little Spanish guitar, I became attached to that. And I went away. I went off to Antigua, and I rented a little cottage there, in a sort of a community.”

“I just swatted mosquitoes all day and played this guitar and stayed there for almost a whole year without much contact with the outside world. So I tried to heal myself. All I could do was play and write these songs. I rewrote and re-performed them again and again and again. Until I felt like I’d made some sort of move towards the surface of my being.”

“And then I was able to come out. It was so deep, and I had thought that I had taken care of it until I saw [the 2018 movie] ‘Life in 12 Bars.’ It’s very disturbing for me, but beautiful at the same time, the way it’s handled in the film. The footage I haven’t seen of him before, which is difficult to watch, with the underlying music. And playing ‘Tears in Heaven,’ I mean, it’s overwhelming, and I’ve got to go and do it again in a few days’ time.”

The song was Clapton’s best-selling single in the United States and reached number two on the Billboard Hot 100. In the UK, the tune  reached number five on the UK Singles Chart, and also charted in the top 10 in more than twenty nations around the world.

In addition it had won three Grammy Awards for Best Male Pop Vocal Performance, Song of the Year, and Record of the Year.