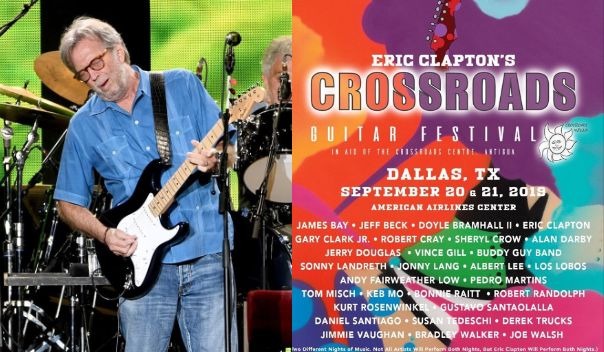 Widely considered one of the greatest guitarists of all time, Eric Clapton announced the fifth edition of Crossroads Guitar Festival.

The event, which has become legendary for bringing to the public introductions and improvised collaborations by the world’s most legendary guitarists, will take place September 20-21 in the city that hosted the first Crossroads Guitar Festival in Dallas, Texas.

All profits from the Festival will benefit The Crossroads Center in Antigua, a treatment and education facility founded by Clapton to support drug addicts.

The first concert was held on June 30, 1999, at Madison Square Garden in New York City, and there again in 2013. The 2004 concert was held at the Cotton Bowl in Dallas, while the 2007 and 2010 festivals were held at Toyota Park, Bridgeview, Illinois, just outside Chicago. The festival returns to Dallas in 2019 At The American Airlines Center.