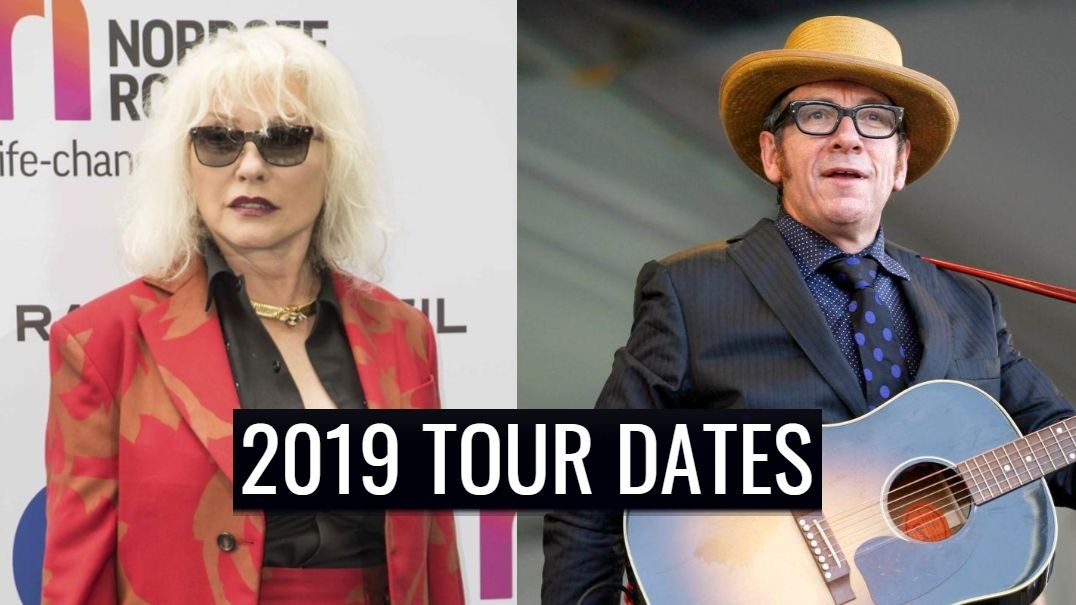 Elvis Costello & the Imposters and Blondie announced a co-headlining U.S. tour that will being in July 20 and end on Aug. 10.

Blondie is an American rock band founded by singer Debbie Harry and guitarist Chris Stein. The band were pioneers in the early American new wave and punk scenes of the mid-late 1970s. Its first two albums contained strong elements of these genres, and although successful in the United Kingdom and Australia, Blondie was regarded as an underground band in the United States until the release of Parallel Lines in 1978. Over the next three years, the band achieved several hit singles including “Heart of Glass”, “Call Me”, “Rapture” and “The Tide Is High” and became noted for its eclectic mix of musical styles incorporating elements of disco, pop, reggae, and early rap music.

He began his career as part of London’s pub rock scene in the early 1970s and later became associated with the first wave of the British punk and new wave movement that emerged in the mid-to-late 1970s.