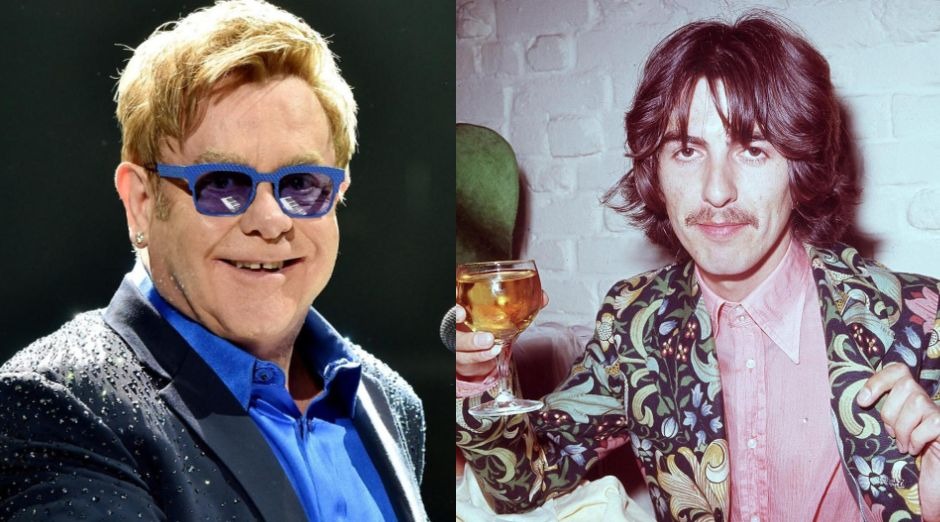 Elton John has always been quite open about his life and especially his drug battle. He now revealed that George Harrison helped to get better.

The singer has been sober for 29 years and, it seems, Harrison was one of the people who helped him. In an interview with Virgin Radio Breakfast (via NME), Elton said the best advice he received was from the former beatle.

“Stop putting that marching powder up your nose.”

And Elton John completed, saying to the interviewer:

“Twenty-nine-years it’s been. The nose is still here!”

“You’ve got to play live…If you want to have a career, record sales will go up and down and people are so fickle. Now, when you’re young, they’ll drop you like a five-pound note on the floor and you’ve got to be able to play live and believe in yourself, but play live.”

John has sold more than 300 million records, making him one of the world’s best-selling music artists. He has more than fifty Top 40 hits, as well as seven consecutive number-one albums in the United States, 58 Billboard Top 40 singles, 27 Top 10 singles,