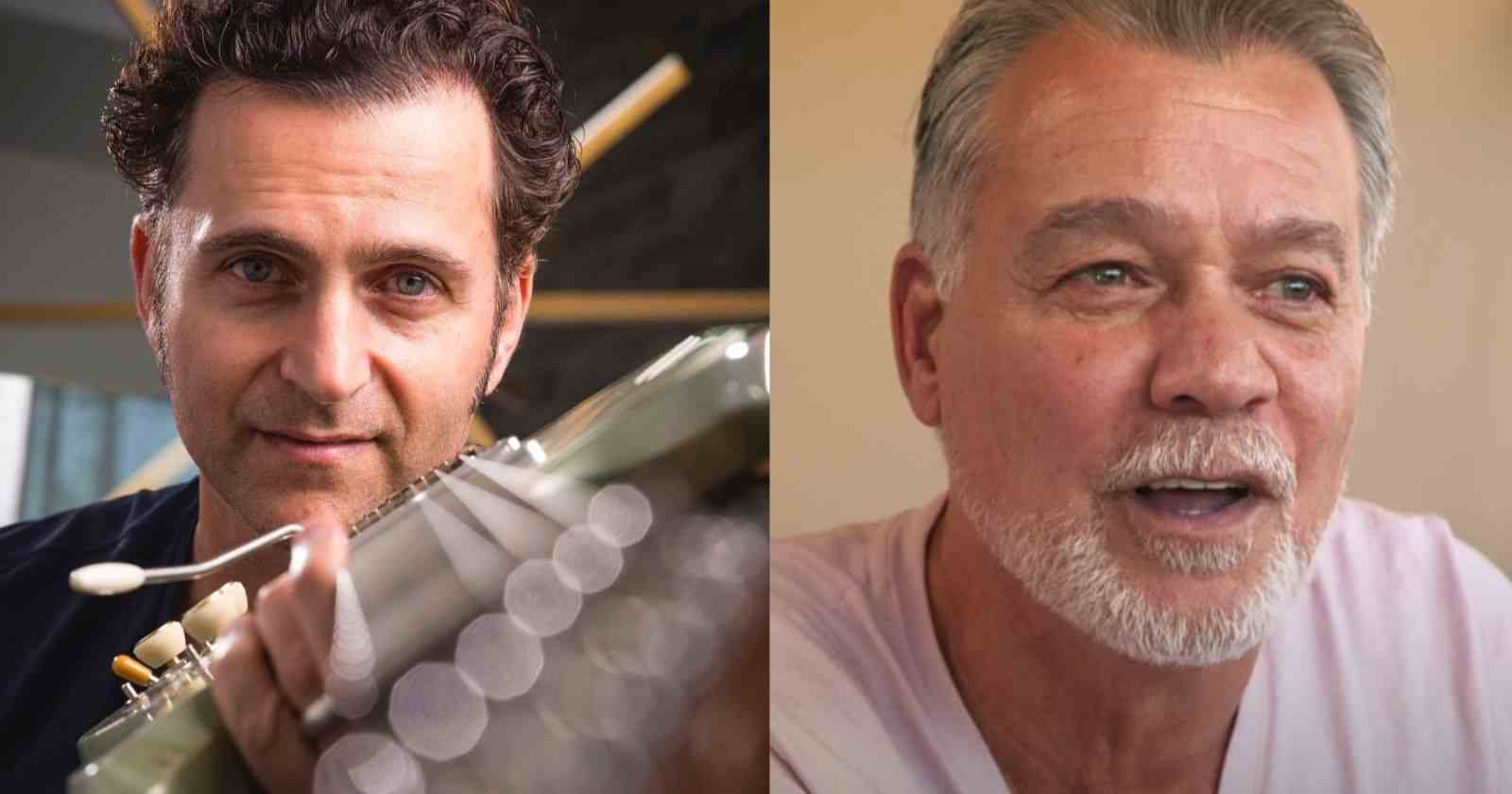 Frank Zappa‘s song Dweezil Zappa recalled in an interview with Guitar World when he met Eddie Van Halen and the musician teached him and his friends how to play “Runnin’ With The Devil” for a concert on their school.

“I was 12 years old I had been playing guitar for maybe seven, eight, nine months max. But I was listening only to Fair Warning and Van Halen, that was just on a loop. We would switch from one to the other.

“But one day, out of nowhere, the phone rang. And you pick up the house line and you don’t know who it is. So my mom picks up and it’s some guy purporting to be Edward Van Halen. But of course I want his person to be Eddie Van Halen because, you know, that’s the coolest thing ever!”

“My dad ends up getting on the phone, they talk for a few minutes and then 15 minutes later he’s at the house. So it was Eddie Van Halen, and he shows up at the house and at the bottom of the staircase there’s some kind of lighting. So he’s backlit and he’s coming up the stairs and he’s carrying a guitar, and it’s not in a case. He’s holding a guitar, and for me it’s like. He was backlit with a smoke machine and Mean Street is already playing, you know?”

“So he’s walking up the steps and it turns out he’s in the Women and Children First jumpsuit. He’s got this guitar and it’s a Kramer guitar before he was talking about endorsing Kramer, so there’s a piece of tape over the headstock logo. It’s a purple guitar with two humbuckers in it and without even really getting into the, ‘Hi, how are you?’ it was, ‘Okay – play Eruption.’

“It was this amazing moment of, here’s this guy that I’ve heard so much, never seen him close. When you how someone really does what they do, where they play it, what strings they’re playing it on, that was burned into my mind. There’s no way I would ever forget exactly what he played.”

Dweezil also recalled Eddie teaching him and his friends how to play “Runnin’ With The Devil” for school concert:

“I’m not only playing one chord wrong. But my guitar’s not staying in tune.” Eddie then drove home and returned with a Kramer guitar for him. “Originally it was cream-colored with an orange lightning bolt, like Shazam. He brings that guitar back and he puts it on me and he says, ‘You’re playing it wrong.’ And he stands behind me, he counts it off with the kids and he does the picks slides, the whole thing. It was the craziest experience.”

During the next day, he continued saying: “I called him and thanked him and said, ‘Hey, if you want to come grab your guitar…’ And he said, ‘No, you can keep that guitar.’ So I kept the guitar, I painted it, this was my homage to the Schwinn bicycle-style painting of Van Halen-esque guitars. I painted it when I was 13.”

“The thing about Ed, he was the first person that called me when my dad died. When you have friends that step up and do something for you, it matters. But it was unexpected that it would be him who would call me first, at like 5:15 in the morning – ‘Hey what can I do?’

“He was a guy that was inspired in the moment and would just go for something. If it had to happen right then he would just do it. I think that’s an amazing quality and I learned from that myself as well. Because if you’re inspired and you can see you can get from point A to point B, why waste time? Why not just do it right now?” Dweezil Zappa said.