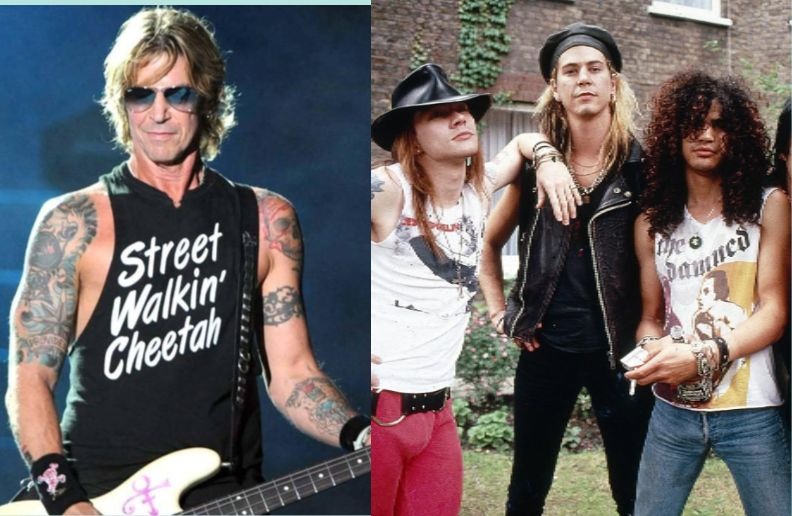 In an interview with Milana Rabkin Lewis, legendary Guns N’ Roses bassist Duff McKagan talked about his life before becoming a rockstar with the hard rock band.

“I came up in the punk-rock scene of Seattle. I saw The Clash in ’79, a band that was so exotic to me. I saw Zeppelin in ’77 play [the now-demolished Seattle stadium] The Kingdome. It was enormous, and the band was so small and so far away.

“I saw some other big bands – KISS and whatnot – and the punk rock thing hit, and The Clash were playing right in front of me.

“After the show, they came out into the crowd, and [Joe] Strummer said something on the stage that always left an indentation on me – ‘There’s no difference between us and you. We’re all the same. We’re in it together.’

“Thus was born a DIY, punk-rock scene in Seattle. We did everything ourselves – making fliers, booking shows, carting gear, booking VFW halls, lying to the police that it was a teen dance.

“Learning how to do the commerce of that – how to finagle the job you had to get to pay for rehearsal places, for an apartment and for fliers and for gear. You would trade for gear. I started really learning the value of things, and I was really driven.

“Music was going to be my thing. Was I going to make a living at it? That was kind of a joke. It was just my passion, and if I was broke doing my passion, so be it. I had to do it.

“I played in a bunch of bands in Seattle. One of them got signed to Jello Biafra’s label [Alternative Tentacles]. We got no money for it, but we put a mark on the American map of punk rock.

“I was working at a restaurant in Seattle, saving my money to move to LA… I moved to LA chasing my dream, and the first people I met was Slash and Steven [Adler] through an ad in the newspaper.

“We met down at Canter’s [Deli]. We stared at each other but found that we had a lot of the same musical influences… There was always a missing piece in the tons of bands I was in Seattle.

“I toured. I knew how to book a tour, I knew how to make a flier. But if you’re missing a piece in your band, like, there was always a weak link… When the five of us got in a room the first time in Silverlake in a rehearsal place, it was on. You could tell immediately. It was pretty ferocious.”

Ellefson reveals how Mustaine reacted when he told that Lars wanted him in Metallica
David Coverdale says: “I Thought the Party Was Over When I Turned 30. That Was 37 Years Ago”
Advertisement
To Top