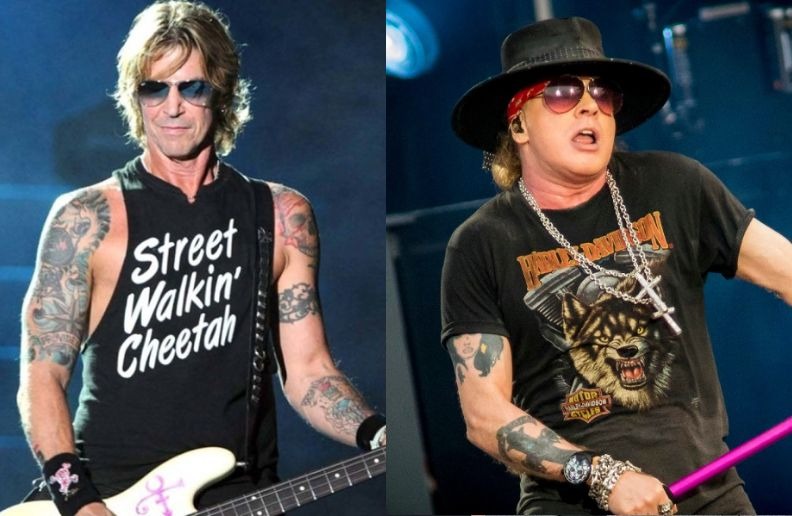 In an interview with Eddie Trunk, Guns N’ Roses bassist Duff McKagan confirmed that the band has new material and that it could be released in a near future.

“I heard some new material and there’s been some jams going around, and that’s the next step for us, for the GN’R thing.”

“Oh, it’s real. But the fun part and the cool part about Guns N’ Roses is we don’t really talk about it, and what happens next just happens. It’s never been that band that there’s a direct schedule of how we do things.

“I’ve heard some magnificent stuff that Axl [Rose] has – really cool stuff he’d been working on. So I’m excited about the possibilities with that, of course.

“I don’t mean to get anybody rabid. [A new GN’R album] will happen when it happens, that’s for sure.”

Discussing the band’s “Not in This Lifetime” tour, Duff said:

“Anytime I play a gig, if there’s three people in there, I’m, like, ‘Wow! They came to see me play.’ Nothing’s changed. I’m just always so grateful and astonished.

“Some of these gigs we played, a lot of ’em – most of ’em, if not all – were astonishing how many people came and were so into it.”