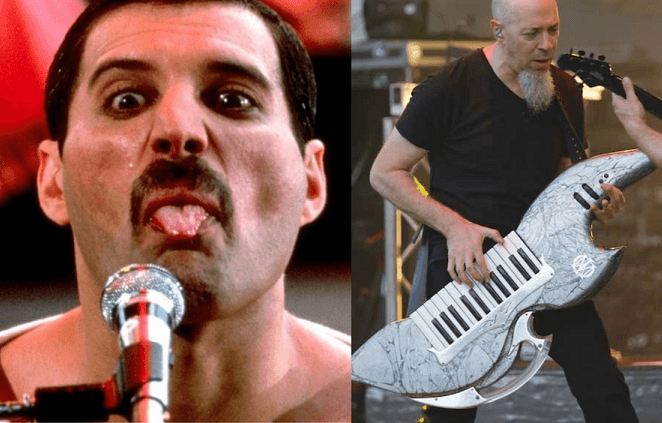 Dream Theater’s keyboardist, Jordan Rudess made a cool piano version for Queen’s “Bohemian Rhapsody”, after he said he felt inspired by the movie about the same name, that tells Freddie Mercury and Queen’s history.

“Bohemian Rhapsody” is a song by the British rock band Queen. It was written by Freddie Mercury for the band’s 1975 album A Night at the Opera. It is a six-minute suite, consisting of several sections without a chorus: an intro, a ballad segment, an operatic passage, a hard rock part and a reflective coda.

The song is a more accessible take on the 1970s progressive rock genre. It was reportedly the most expensive single ever made at the time of its release, although the exact cost of production cannot be determined.