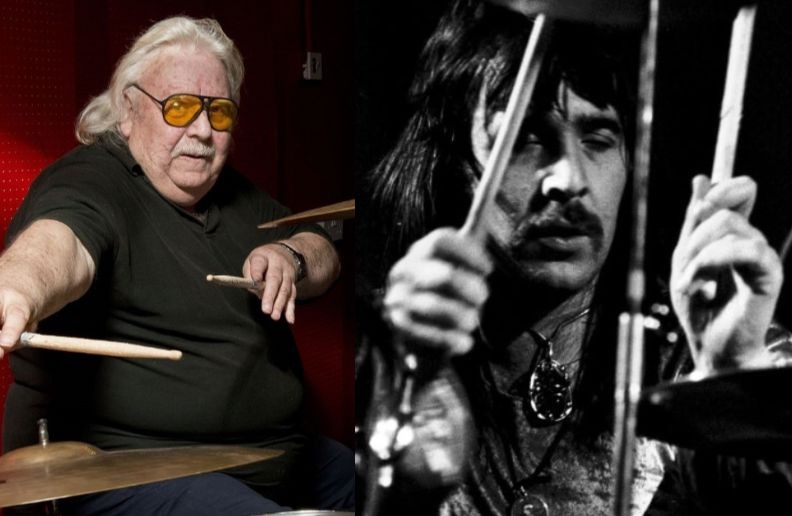 Sad news for fans of influential drummer Lee Kerslake. Responsible for some of the solo career records of Ozzy Osbourbe and also Uriah Heep, the musician gave a new interview for The Metal Voice and there he said that he has a series of health problems, fighting for life daily.

In revealing that, among other problems, he has cancer spread throughout the body, he also said that his doctor gave him a maximum of eight months of life.

“It’s prostate cancer, but it’s moved to the rest of my body. I now have bone cancer which is a nasty one. The doctor gave me about eight months to live, but I’ve been fighting all the way.

“Five years ago, they gave me four years to live so that gives you an idea. Not only have I got bone cancer – I’ve got psoriasis and psoriatic arthritis and two heart murmurs.

“As I said to you, I’m fighting it and there’s no telling what can happen and they might have a new drug come out and I’ll experiment with it if it keeps me alive.

“I survived this long and all this time I have had this terminal cancer but I have defied it because the music kept me fighting.”

At age 71 the British musician has an enviable track record and his name linked to the early solo career of Ozzy Osbourne, as he recorded Blizzard Of Ozz (1980) and Diary Of A Madman (1981) the first two of Black Sabbath’s lead vocals.

In Diary Of A Madman both his name and that of bassist Bob Daisley were not credited, being replaced by Tommy Aldridge and Rudy Sarzo, but Tommy himself said several times in interviews that the recording is from Kerslake. His departure from Ozzy’s band came months before the album’s release because he had to take care of his sick mother.

The lack of credits caused Lee and Bob to file suit against Sharon Osbourne because of Diary Of Madman’s copyrights and both the album and Blizzard Of Ozz were re-released in 2002 with bassist Robert Trujillo and drummer Mike Bordin in their places. In 2011 new re-releases were made with the original tracks.

In public statements, Lee Kerslake said he never quite understood why Ozzy and his team treated him that way, even saying he “would die” for him and always admired him.

We wish all the best to the musician who is currently working on a new solo album called Eleventeen, with plans to release it in 2019.