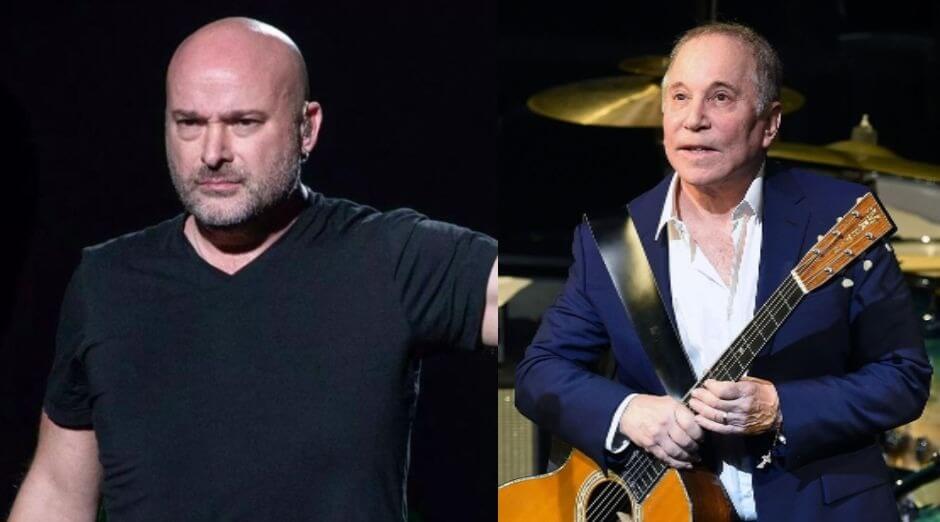 Simon & Garfunkel’s “Sound Of Silence” is one of the most famous songs of all time and considered by many untouchable until Disturbed recorded a cover for their 2015 album “Immortalized”. David Draiman, vocalist of the band talked in an interview with Metal Hammer about Paul Simon‘s reaction of their version.

“(Back in 2016) He had expressed an interest in contacting me. I said of course he could and then waited like a nervous child. He wrote: ‘David, really powerful performance on Conan the other day. First time I’d seen you do it live. Nice. Thanks. Paul.'”

“We were a few hours away from performing when I got the email, and I ran around backstage to anyone who’d care to look at Paul’s praise! He liked it so much that he talked about it repeatedly in interviews and even put our Conan performance on his own social media pages!”

Are there any other unexpected artists you’d like Disturbed to cover?

“We don’t premeditate when it comes to choosing covers – we leave choosing them for the last part of the recording process each time we go in the studio.

“The covers are fun for us. They’re a different challenge each time. How to keep the integrity of the original song but still make it your own? Not planning ahead when it comes to our selection is part of the challenge and fun of it.”

If you could have experimented with another genre and get away with it what would your sound be?

“I think we did on [the latest Disturbed album, 2018’s] ‘Evolution.’ I’m not sure what ‘genre’ some of our new material falls into, but it certainly isn’t stereotypically Disturbed.

“Call it a more classic rock feel, or balladry, but it was definitely experimentation, and I couldn’t be happier that we did.”