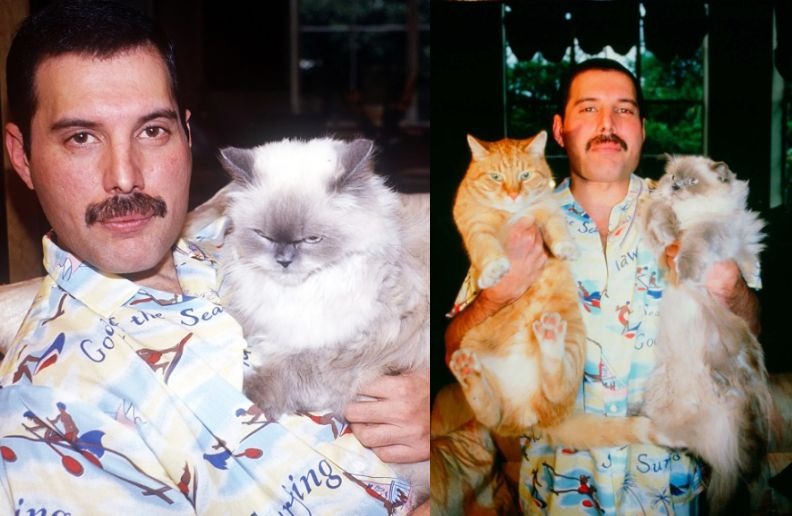 Almost everyone likes cats – the Internet proves that – and Freddie Mercury was no exception. The late leader of the Queen has even been described, by The Telegraph, as “the greatest lover of cats in rock.” The Dangerous Minds website has retrieved some stories of Mercury’s passion for cats, including statements by Jim Hutton, his last partner, who says the singer “treated cats as if they were his children.”

“If any of them got hurt while Freddie was away, he went crazy,” Hutton said. The lead singer had ten cats throughout his life – Tom, Jerry, Tiffany, Delilah, Dorothy, Goliath, Lily, Miko, Oscar and Romeo – and got to the point of calling them on the phone every time he was on tour. 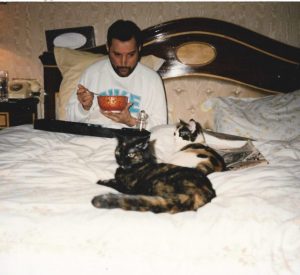 Mercury dedicated his liner notes in his 1985 solo album Mr. Bad Guy specifically to Jerry, also mentioning the other cats. It reads, “This album is dedicated to my cat Jerry—also Tom, Oscar, and Tiffany and all the cat lovers across the universe—screw everybody else!”

None of his cats deserved, however, as much love as Delilah, a calico cat he had with Hutton. “It was his favorite, the one that made him more happier”, he explained.

“When we went to bed, he would bring Delilah with him, she slept at the foot of the bed, he was dependent on Freddie for everything, even to protect himself from other cats.” 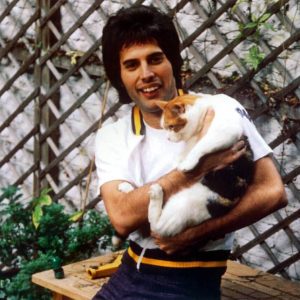 So important was Delilah that the musician even dedicated a Queen song, with the same name as the cat, in “Innuendo” (1991). This tune was not appreciated by all members of the band: drummer Roger Taylor, for example, “hated it”.

And before he died, Freddie Mercury also said to a journalist who planned to leave his inheritance “to Mary [Austin, who was his girlfriend] and the cats”.